Swedish riff lords Grand Magus are set to release their new studio album Sword Songs on May 13th via Nuclear Blast. Today, the band has released their second single for Sword Songs, “Forged In Iron – Crowned In Steel” via YouTube.

Sword Songs was produced at Studio Supa in Stockholm, Sweden by Nico Elgstrand. He was also in charge of recording vocals, guitars and bass. Roberto Laghi (Oral Majority Records, Gothenburg) recorded the drums at Top Floor Studios in Gothenburg, Sweden as well as mixed the album. Mastering was completed by Svante Forsbäck (Chartmakers, Helsinki). 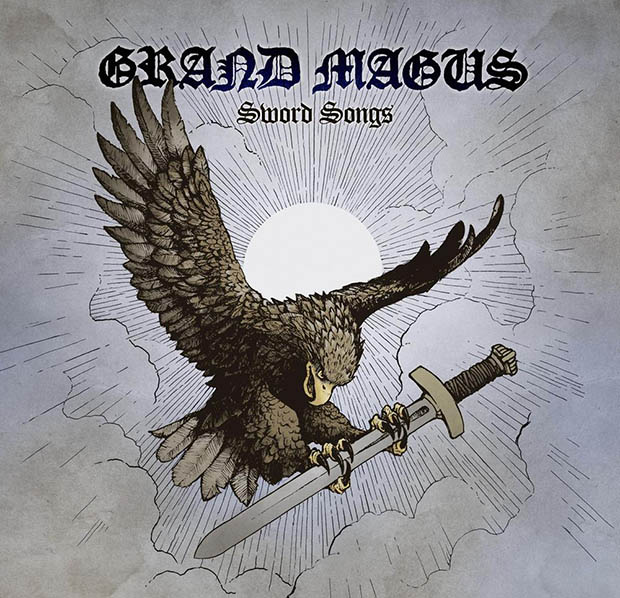