Orlando Florida’s The Glorious Rebellion play an awesome blend of noise and sludge metal which, while rooted in the past, still sounds fresh and exciting. (Kind of like classic Helmet mixed with a dash of Ken Mode.) The band’s latest album Euphoric is set to be released on April 8th, 2016 via Magnetic Eye Records and vocalist/guitarist Billy Myers III took time out of his busy schedule to chat about his gear. Read the article below and pre-order the album here.

What one piece of gear do you use to obtain your signature sound?
Myers: This question is hard, primarily because I’m a blatant gear whore and change things up with great frequency. However, the one mainstay in THIS band has been my 00’s era silver sparkle Jagmaster.

What about it makes it so important to you?
Myers: Well, for starters, it’s been modified to work more for me. It has just 1 pickup, a Seymour Duncan Invader, in the bridge. 1 volume knob, no tone knob. The neck has also been sanded to ditch the lacquer. Next, it’s a unique instrument not including that. The 00’s era Jagmasters weren’t like the earlier vista series or the current production models. They have full 25.5” scale necks which pretty much just makes it a jazzmaster with humbuckers. Lastly, we’re gross with our gear. Violent, abusive, and very unkind. Fenders take a beating like nothing else out there. 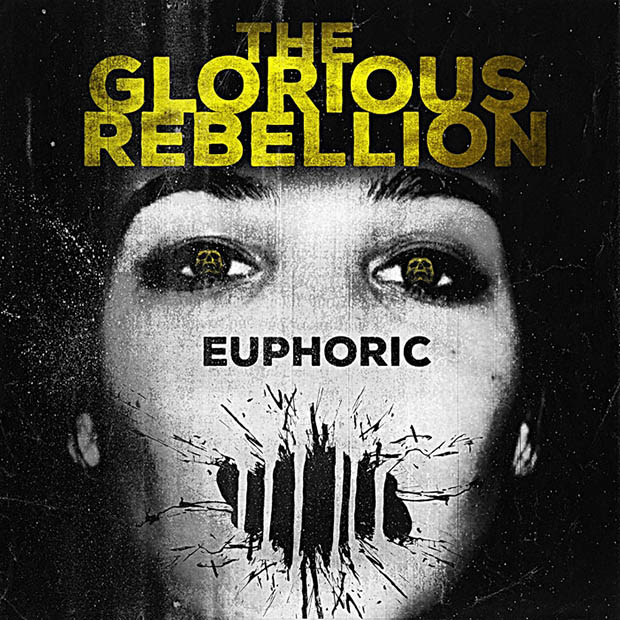 How was this gear used during the recording of your latest album?
Myers: It’s been my main guitar the entirety of the band, and it’s on every single song on every recording The Glorious Rebellion has done.

How do you recreate your album (guitar/vocal/bass) tones in your live set?
Myers:I don’t try to at all. Albums and live shows are different experiences and should be treated as such. In the studio, we’ll use a lot of fuzz and other crazy effects. We’ll have tons of extra tracks and sonic experiments all over the recordings. Live, though, it’s about energetic and intense performance, so I try to scale down and simplify things as much as I can. I use solid state amp distortion and keep just a few pedals on the board. All that matters live is reliability and ease of use.

What are the major pros and cons?
Myers:It’d be great to have a crazy big rig and a huge pedal board getting all the perfect tones, but with our shows it’d honestly be more work than it’d be worth. In the studio we try to operate as cerebral as this music should, but live we’re punk rock. Keep it simple, cheap, and built like a tank. 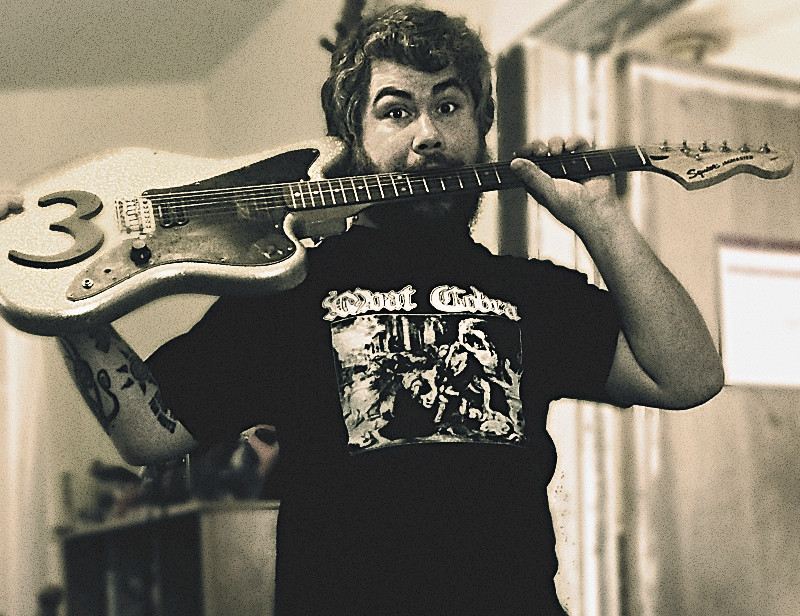 How long have you had it, how do you use it, would you ever change it?
Myers: Just prior to the Glorious Rebellion starting, I had gotten out of another band and sold all of my gear. Didn’t even touch a guitar for two years. This was the guitar I picked up from a friend upon deciding to get back into things. I’ve changed it a lot, but I use it every night. I’d like to build or get a couple more 1 humbucker jazzmaster style guitars to use live, primarily so I don’t kill this one anymore.

Give us your best “gear goes wrong” story.
Myers:We played House of Blues here in Orlando, our hometown, earlier this year. It was a bigger venue so I thought I’d use some of my nicer things, like a vintage fender bassman with some fuzz pedals, etc. There were thousands of people in the audience, probably the biggest crowd this band has played to yet. During the second song of our set, my guitar’s input jack messed up. I switched guitars, only to have a cable die, followed by my pedal board. During song #4 of the set my amp finally set on fire a little bit and fried out. Every single piece of gear I had died one at a time. It was the worst show I’ve ever played. We finished it, though. Playing our last few songs just bass, drums, and vocals.

Any final thoughts or comments on the gear?
Myers: Don’t worry about the latest trends or having the fanciest stuff in the world. Just get something that sounds cool to you and spend as much time as you can tweaking and exploring that stuff to get the best sounds you can. That’s advice for everyone. In the studio, nice amps and fancy guitars can be an awesome tool to get a great sound for your record. But live, it doesn’t matter. It really doesn’t. If you have a decent ear and learn how to dial in an amp, no one’s going to give a shit whether it’s a fancy boutique amp or not other than a few dorks in the audience getting an initial boner from just seeing it

Check out the video for the song “Levity” here: