So, Danimal Cannon is a solo producer/musician who’s latest album Lunaria dropped on March 11, 2016 via Ubiktune. A totally unique artist, Danimal is equal parts industrial, prog rock, and video game soundtrack… yep, video game soundtrack. As enticingly nerdy as that sounds, his music is totally serious and has afforded him gigs supporting acts the likes of Powerglove, The Protomen, Animals as Leaders, and Chon. Close in nature to the music of The Algorithm, NIN, and Animals as Leaders, Lunaria boasts a mix of melody, synthesizer and some shredtastic guitar ALL processed through a Game Boy. We HAD to chat with Danimal to understand how he accomplishes what he does… check it out!

What one piece of gear do you use to obtain your signature sound?
Cannon: I am primarily a guitarist, but the most important piece of gear in achieving my sound is a Nintendo Game Boy, the same one from 1989. I use a piece of homebrew software called Little Sound DJ (LSDJ) that let’s me sequence music using the Game Boy’s sound chip. For my use, it makes sense to think of the Game Boy as a really quirky synthesizer rather than a videogame system. You can even chain 2 of them together using a link cable and get double the sound! 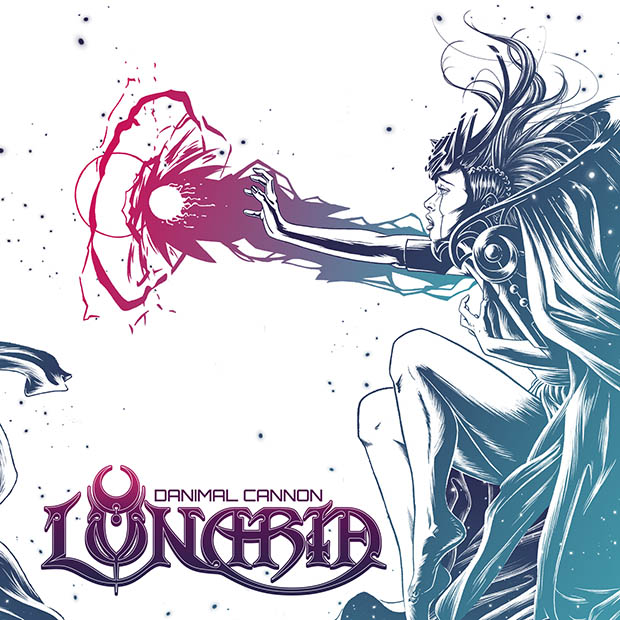 What about it makes it so important to you?
Cannon: Since the Game Boy is such a weird little synthesizer, and LSDJ has a text-based tracker interface, the music that comes out it sounds unlike anything else. The pulse channel square waves have a familiar 8-bit sound, but you might be surprised by the brutal sounds that can come out of this little guy. It’s a really fun way to write music, seriously.

How was this gear used during the recording of your latest album?
Cannon: All of the tracks on Lunaria are 80% Game Boy with a little guitar on top. Every single thing you hear that isn’t a guitar sound is made from the Game Boy. The drums, the bass, the leads: it’s seriously an entire band in a tiny box. For my guitars, I used my custom Carvin DC127 running into a Fractal Audio Axe-Fx II mostly using the FAS-Modern model with a 4×12 Citrus V30 cab.

How do you recreate your album (guitar/vocal/bass) tones in your live set?
Cannon: So this is where I get a little wacky. I run everything direct to the PA and mix myself, this way everyone in the room is getting the exact same mix, and I’m worried not all front of house engineers are going to know exactly how I want my guitar mixed with the Game Boy since it’s such a unique setup. I use amp modeling live, but I use an iPhone running JamUp Pro. JamUp isn’t nearly as powerful as the Axe-Fx, but including my Game Boys and my mixer, my rig is insanely portable and still sounds pretty killer.

What are the major pros and cons?
Cannon: For touring I can bring everything including merch just by hopping on a plane with a checked bag. This allowed me to perform in 7 countries across 3 continents, with everything I need on my back, it’s very liberating. I sacrifice a little bit of sound quality for ultimate portability and consistence, but it’s totally worth it. I’ve done a lot traveling gigs where I have to use rented gear, and even if you know the amp model the venue provides, you never know what you’re going to get. This setup removes that problem.

Give us your best “gear goes wrong” story.
Cannon: For fast song transitions, I use 2 Game Boy so that I can pre-load the next song while the current song is playing. At a big show, I accidentally loaded a new song on the Game Boy that was playing the current song, so the music just stopped. It was mega embarrassing and threw me off my game for the whole show. So now when I write setlists, I make two columns indicating which Game Boy is playing, I haven’t had that problem since.

Any final thoughts or comments on the gear?
Cannon: It’s kind of interesting that I’m combining antique videogame hardware with the latest in digital software and taking advantage of the best of both worlds. A whole guitar rig on a cell phone, it’s insanity—our futuristic-present is awesome. Don’t get me wrong, I still love playing my 5150 II halfstack, but I don’t love bringing it on the road with me. I fully accept the cold embrace of my digital algorithms. Are amps dead? Maybe. You’re going to see people showing up with PA speakers instead of half stacks soon, mark my words.

Check out the album Lunaria.