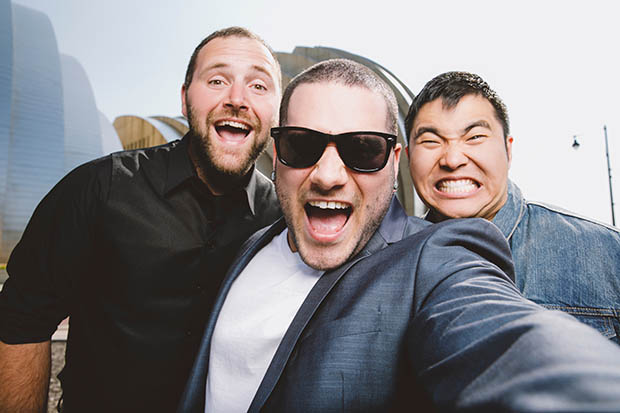 Geared Up: Get Busy Living Frontman Chase Petersen and Bassist Jeffrey Hilty Discuss Some of Their Musical Weaponry

Kansas City, MO is known for Tornadoes, The Royals (whom we don’t currently like as they knocked the Jays out of competition last year), and now a wicked pop punk trio called Get Busy Living. Their sound, totally edible for fans of groups such as Four Year Strong, Mayday Parade, or New Found Glory, is light, catchy, and fun. 2015 saw the released of the guys’ third EP, Timing Is Everything, and with new music no doubt around the corner, we connected with both guitarist Chase Petersen and bassist Jeffrey Hilty to better understand the source of the group’s sound.

What one piece of gear do you use to obtain your signature sound?
Petersen: I use a Peavy 6505 head and Avatar Cab with Vintage 30 speakers, Custom S 22 PRS and LTF with EMG pickups. The PRS has a more beefy tone that I like.

Hilty: The one piece of gear that gets me my sound is my bass. It’s a Peavey Cirrus 5 string that’s 16 years old with active pickups and my Tech 21 SansAmp.

What about it makes it so important to you?
Petersen: It’s powerful, I don’t use pedals. So the guitar, cab and amp itself are very important and these brands I use do pack a punch live.

Hilty: It’s important to me cause the combination of the two just compliment each other so well. Can’t have one without the other at this point.

How was this gear used during the recording of your latest album?
Petersen: We actually used a Fender Telecaster and layered plug ins to land the right sounds. And I can come pretty close with what I have on stage.

Hilty: The SansAmp was used more so than the bass. The SansAmp can almost make anything sound so full and just raunchy when need be.

How do you recreate your album (guitar/vocal/bass) tones in your live set?
Petersen: We try to use the best gear we can and dial it in, our bassist has to boost his tone and distort it a little for a more full heavy tone.

Hilty: I recreate the sound off of the album by keeping the bass really heavy and precise. It drives me crazy when I see some of my favorite bands and the bass player is just picking his bass like a guitar hitting multiple strings and it just sounds like you’re hitting a trash can. 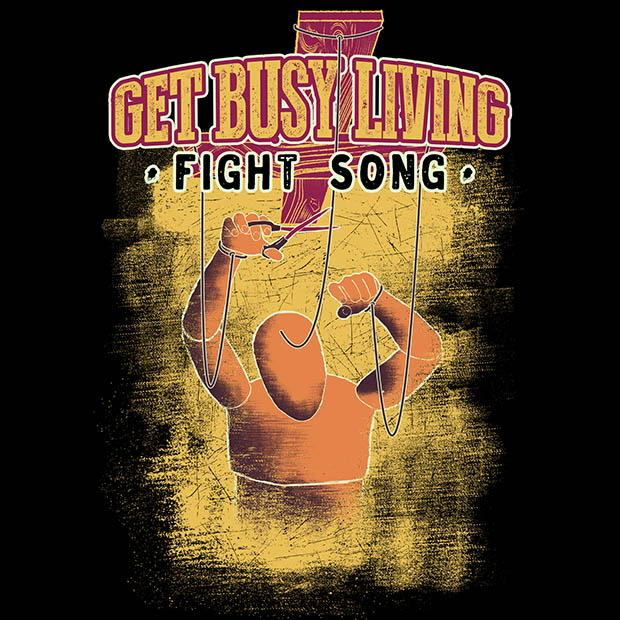 What are the major pros and cons?
Petersen: Pros would be that live you can create whatever sound you want and turn it up! Cons well it’s hard to sound exactly like the record without using lots of gear and back tracks.

Hilty: The pros are it sounds super heavy, deep and it hits hard. The cons are that the rig is heavy.

Do you have a backup for this gear, if so, what?
Petersen: That is what I have, but I do have a back-up cab. It’s an old 2006 Hartke guitar cab that doesn’t sound too bad.

Hilty: I don’t have any backup gear and I have never needed it in my 16 years of playing, knock on wood but I try to get really quality stuff that’s reliable and can withstand time. You will see a lot of punk bands that just play shitty stuff cause it’s so punk but really it just sounds like shit. I’m a musician at heart and I take pride in my craft. Yes it’s more expensive but my motto has always been: Buy once cry once.

How long have you had it, how do you use it, would you ever change it?
Petersen: The PRS is my newest addition, right now I’m very happy with the sound I have, as time goes on I might get a few more guitars but I’m the kind of guy that plays what I have and makes it work just fine.

Hilty: I’ve had my bass for 16 years now and I have been playing Eden cabs almost the whole time. I started out on SWR and loved those cabs and heads but something about the Eden stuff that not only relays what my hands and bass are trying to say but when it comes time to hold the line and be a wall of sound they can blend in with everything so well.

Give us your best “gear goes wrong” story.
Petersen: O Man! We had a show in Iowa and we always jump during songs to the beat. Well the bassist and I are both over 200 lbs so we made the stage start to bend alot. I noticed that I couldn’t hear my guitar, well I look back and we had bounced so hard that my head had fallen forward but one speaker cable was holding on for life hahaha. It bent the input but the show went on.

Hilty: My best gear goes wrong story wasn’t actually my gear. We were opening a show at a local venue that’s actually my favorite place to play, its called the Granada. We were opening the song and it starts out with all of us and I couldn’t hear or feel any bass and what had happened was the plug in that I sound-checked with had gone bad and no power was going into my head. All I had to do was plug into the one next to it and fall right back in like nothing happened.

Any final thoughts or comments on the gear?
Petersen: All around the new Avatar cab and PRS with the 6505 head sounds badass, I love it. Like I said I don’t use pedals, I just like the sound that comes out and this gear is quality and it works great for me. Thank you for your time guys.

Hilty: Every musician has their favorite brand or type of music or style that they play. None of it’s wrong and it all has a place. Music is a diverse language that needs no understanding. People that play actual instruments is a dying breed and needs a boost.