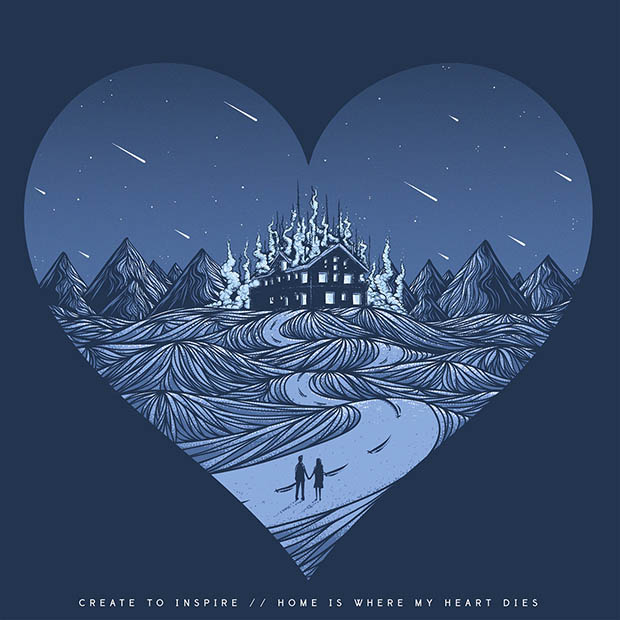 This EP sounds like the floor clippings of an Alexisonfire record, which would be a compliment if it wasn’t so underwhelming. When a band tries to adhere to a genre they still have the capacity to shine inside the confines of that sound. But what we have here is the dilution of the various tropes of melodic metalcore. It has no guts, no feeling, no real verve. It’s posturing masquerading as anger and emotional depth. It’s commercializing and trivializing. There isn’t a moment in this release that makes me ‘believe’ anything these guys are doing. They sound like they’re trying to paint by numbers when they should be burning the goddamn book. Whatever heaviness that remains is token at best, superficial at worst.

And it’s not from lack of trying: I tried listening to this while I worked out. You know you’re missing the mark as a metalcore band when you can’t even get someone jazzed up when they’re exercising. I tried running to this EP and ended up walking, confused and frustrated. I ended up listening to The Gorgeous, because I figured I might as well listen to metalcore done well if I was going to listen to it at all.

Perhaps it’s just the vocalist sounding like every other metalcore vocalist, maybe it’s the feeling that “I feel like I’ve heard this before” about almost every riff on this release. Maybe it’s the lyrics, ripped straight from the livejournals of a thousand ‘00s emo-scene-metalcore types.

This is not to say these guys aren’t talented. Granted it’s a bizarre thing to say after spending the lion’s share of this review talking shit. These guys aren’t doing anything sloppily or without skill. What they’re doing, they’re doing well. But at the end of the day, do you really need to hear it? The answer is ‘No.’