BoneHawk are a bitchin’ heavy rock quartet from Portage, MI who’s full-length album Albino Rhino was actually released about a year or so ago but with today, Friday, April 22nd, sees it’s official, worldwide release through Ripple Music. So, what better way to celebrate the re-release of this tasty, stonerific album then by not only offering a full album stream, but also a free download of the song “Desert Run”?

Said guitarist/vocalist Chad Houts about the song: “‘Desert Run’ was actually a song Matt and I wrote probably a decade ago, and it used to be much faster. During the writing sessions for Albino Rhino, we had the idea of sort of reimagining the song as a slower, heavier, moodier beast that was more textural than aggressive. For good measure, Matt also changed the melody and it kind of became what we feel is a centerpiece of the album. Sort of playing on all of the things we do musically, but somehow fitting naturally into one song. The intro/outro harmony came about by accident, and has a simplicity and righteousness that we just dug right away. The bridge part at the end is from when we originally wrote the song, and we liked the idea of contrasting the heart of the song with it because it’s all swagger and boogie! In all, it’s a hell storm of all things we like to do musically and best enjoyed loudly.” 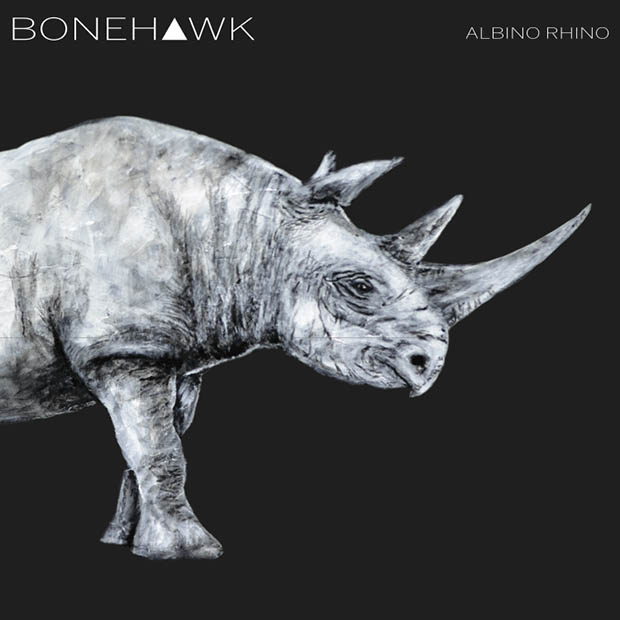