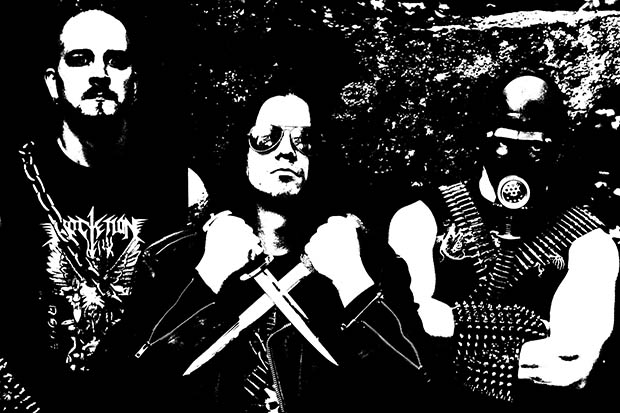 The Skinny: Iron Bonehead Productions has set June 24, 2016 as the international release date for Iron Overkill, the highly anticipated debut album of Finland’s Front. Moving quickly and decisively, Front formed in 2015 and immediately recorded their debut demo, the simply titled Demo 2015, and released it through Iron Bonehead. At just three tracks in a dozen minutes, Front’s opening salvo was an exciting rush of crushing ultra-violence; not surprisingly, it created a stir in the deepest pits of the black/death underground. But, although the band are “new” in name, the three members of Front have deep roots in the Finnish underground, doing or having done time in the likes of Sacrilegious Impalement, Evil Angel, Perdition Winds, Neutron Hammer, and Sepulchral Temple among others.

Now, Front are prepared to unleash their fullest and most devastating arsenal yet in the full-length Iron Overkill. Firmly committed to original war metal tenets laid down by Bestial Warlust and blitzing ’em to fuck in a manner most Marduk circa Panzer Divison Marduk, Iron Overkill is ever accurately titled: wave after undulating wave of teeth-gnashing speed and disgusting filth, all set to pulverizing stun, evoking an all-consuming sensation of total and utter oblivion. However, despite its oft-overwhelming attack, Iron Overkill is also a highly catchy listen, downshifting into headbanging moments that would make their heroes Motörhead proud, or even Discharge in the hardest of hardcore-punk. Still, Front don’t fuck around, and Iron Overkill is thusly a militantly efficient spin, getting in and getting out in just eight songs and leaving no survivors. It is literally the sound of rusty barbed wire moving at the speed of a missile. 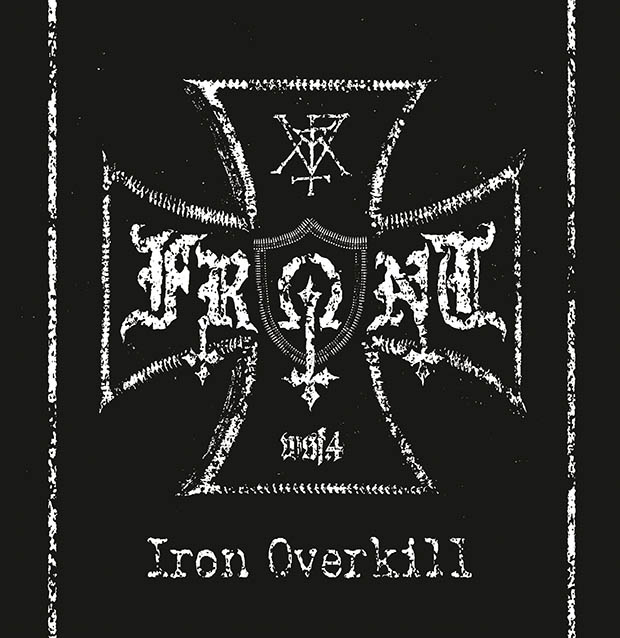