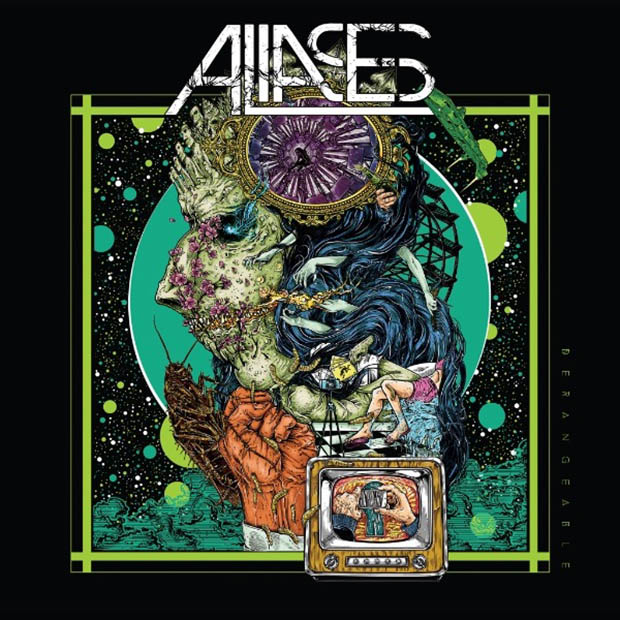 Featuring the brain-pulping talents of Graham “Pin” Pinney of UK genre-destroyers SikTh, it comes as no surprise that Aliases new offering, Derangeable, is the kind of album that will leave you a twitching, nervous wreck. Not as outright chaotic as his work in Sikth, Pinney and his bandmates still fill every moment of the eleven tracks on this recording with mental time changes, luscious, trippy melodies and blistering tech-metal.

Despite pulling your senses in every direction, the beauty of Derangeable is that it doesn’t ever sound confusing. Sure, almost at the flick of a switch, Derangable sees Aliases spin off from twitching tech-metal steering the album into more serene waters. It’s a breathtaking display and makes tracks like “Smile All You Like” utterly hypnotising. Elsewhere, the quirkiness of “Uncontrollable Desires” and the jarring, lurching passages in “Seen It All” have been intricately crafted but still manage to sit just on the right side of chaos.

Be warned though, should you wish to dig deeper to try and dissect what it is that makes Derangable such a special listen, you’ll find yourself fighting a losing battle simply because there are just so many magical elements to this band. Whether it is frontman Joe Rosser’s effortless ability to switch up his vocal style from cleans to growls, to the glorious twin-guitar dual between Pin and Leah Woodward, to make this album and band work every element has to be on point. Thankfully then, listening the band lurch and chug through “Callous” before mixing it up with the more accessible “Face For Lust”, every aspect of Derangeable comes across as the work of a group of musicians who just “click”.

Like Sikth, Aliases aren’t going to be everybody’s cuppa and, by the end of Derangable you’ll certainly feel like you’ve had your senses pulled through the ringer. However, complimenting the brutal side of this tech-metal juggernaut’s persona is a more palatable dish which certainly gives the passing listener something to keep them interested.