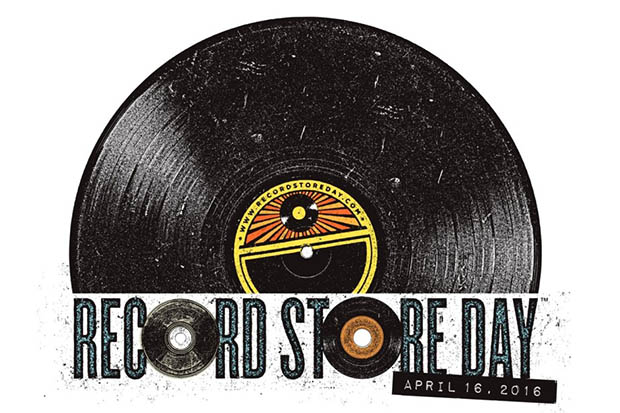 In case you hadn’t heard, vinyl record sales in 2015 paralleled that of record sales in 1988. For the first year in almost 30 years musicians are actually making more profit from record sales – which is pretty freakin’ great. Every year, with record sales growing, Record Store Day is becoming more and more of a must-attend event. Artists are more willing to produce special editions, reissues, and remastered B-sides. This year Record Store Day has seen a lot of hype, making it difficult to choose which record shops will be topping lists for a visit. I did some digging (pun intended) and found the best spots in Vancouver to hit up for quality Punk finds and overall supreme ambiance this Record Store Day.

– Beat Street Records is probably Vancity’s “coolest” record shop. Though their Punk section spans but a mere two bins, Beat Street is more concerned with quality over quantity. And, with a small n’ sweet selection the turnover is high on punk albums. Beat Street keeps stocked with a selection of local talent. The shop that is predominantly known for its amazing Hip-Hop selection, will be celebrating Record Store Day with all day live DJs and over 200 exclusive Record Store Day titles; their most unique includes a Sex Pistols picture disc and Wendy O. Williams 7″.

– Vinyl Records in Gastown is the Narnia of record stores. Their selection and organization is incomparable. VR is all about community and treats Record Store Day as a populace event. They believe the day is about so much more than the limited editions, but a great chance to show your hometown shop some love and hear some local live bands while you’re at it. With an extensive punk selection – probably the biggest in Vancouver – ranging from original classic Punk to Hardcore to Post-Punk to Pop Punk, they’ve got you covered! VR’s current most unique punk album is a live pressing of The Boys’ 1977. If you’re lucky you might be able to snag a Sublime 12″, one of this year’s Record Store Day special releases.

– The record store of your hometown dreams, Neptoon Records, is the quaint yet fully stocked shop you want to frequent. Punk and Heavy Metal are combined in a section that houses new and used, including a hefty selection of new titles and reissues. Neptoon works closely with local DIY bands and labels – like Deranged Records – directly. In terms of unique Punk records you can find at Neptoon, the selection is vast.

Josh Nickel, Neptoons’ resident Punk expert has much to say when asked about special records: “NoMeansNo – Mama from 1982 that was self-released, the first 12″ offering from Victoria’s art-punk juggernaut, a really fantastic and important piece of Canadian punk rock history and one of the most original records to come out of the North West, a really wild listen combining punk, jazz and psychedelia. We also have one of the earliest Clash 7″ bootlegs featuring a live performance of ‘London Calling’ in New York.”

If that’s not enough to hook a person, what is?! In terms of what gems you might find on Record Store Day, a key title is a Jay Reatard reissue of Blood Visions and a Shaggs 7″. Record Store Day is a true spectacle to be taken in at Neptoon with all records on sale, limited editions, and local bands playing; keeping the party going all day.