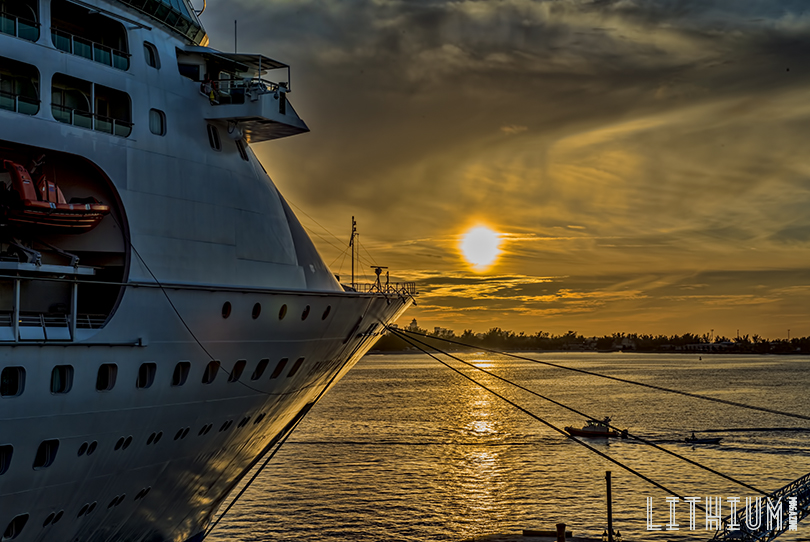 A Caribbean cruise featuring Craft Beer along with some great Southern Rock? In the words of Molly Hatchet’s vocalist, Phil McCormack… Hell Yeah!!

Cruising once again on the beautiful Norwegian Pearl, this ship is beginning to feel like home after my 4th rock cruise aboard.  And again we sailed from Miami to Nassau, with stops in Great Stirrup Cay, Bahamas.

Live events on the pool stage and in the Stardust Theatre were popular, as was the music played in the Atrium.

The Beach Party on Great Stirrup Cay is a favourite with passengers and musicians alike, and is strategically located between the Caribbean Ocean on one side and The Beach Bar on the other.

Andy Frasco, who put on an insane performance on the beach, said the cruise and beach party was like ‘Spring Break for Adults’, just before he dove from the stage and crowd surfed straight into the ocean.  This sent his band into the crowd and the concert turned into a mass Cha Cha lesson in the sand – priceless!

The band Blackfoot featured appearances by Rickey Medlocke and Michael Cartellone of Lynyrd Skynyrd. Blackfoot guitarist Tim Rossi is southern rock meets punk meets Jimi Hendrix, as he wails on his guitar behind his head then plays it with his tongue.

Raelyn Nelson, who just happens to be Willie Nelson’s granddaughter, proves that country rock runs deep in the blood, as she strummed a ukulele with a big smile on her face while delivering an impressive vocal skill. She seemed to be having a great time and was truly a joy to watch.

One of my favourite acts on the cruise was Thee Rock n’ Roll Residency. I caught them on the Pool Stage one evening.  They took everyone by surprise, exploding onto stage and playing full tilt for an hour of classic rock hits, which caused foot stomping, head banging, and first thrusting in the air.

“Excuse me, sir.  Would you care for a cold beer to go with your rock n’ roll?”