In general, I try never to judge an album by its cover (art), but I do inevitably form a first impression once I read the song list. In some cases, a compilation of closely related emotional states, ideas, characters, places, or other concepts give a listener a basic idea of what to expect. It’s unlikely that many people previewed Adele’s 25 without any preconceived notions; however, this guideline certainly doesn’t apply to many collections including The Knocks debut album 55.

At first glance, the track titles almost appeared to amalgamate genres: “New York City” could conjure rap or R&B, “Cinderella” might be a boy band ballad, and “Purple Eyes” invokes images of classic rock – okay, I’ll admit I just associated that last one with “Purple Rain”. But I didn’t know what to expect before pressing play and, after reading more into the background of The Knocks duo, Ben “B-Roc” Ruttner and James “JPatt” Patterson, I better understood why.

The two are never-one-style musicians and producers who’ve risen to prominence by spinning numerous hit mixes and remixes. The debut album, apparently named after their New York City home studio at 55 Chrystie St., is a chiefly chill and electronic series of fusions between hip-hop, soul, EDM, and pop (to name a handful). Musically, the whole album is distinct, carefully crafted, and very technically impressive, though I consistently found myself most enthralled with the lyrics.

The songs drift into different topics, but the whole album felt to be about two key themes: aspiring towards dreams, and the inevitable intersections between good and bad times. Touching on existentialism, infatuation, false expectations, partying, self-love and loathing, and perseverance, 55 as a whole illustrates the journey of living rather than individual experiences. It’s done beautifully, and boasts some tremendous collaborations, including Carly Rae Jepsen, X Ambassadors, Walk The Moon, Cam’ron, Matthew Korma, Magic Man, Phoebe Ryan, Justin Tranter, Powers, and FETTY WAP.

The first song, “New York City” is reminiscent of Alicia Keys’ own hit “New York” in using a mix of gospel and R&B, but instead of describing glamour and inspiration, this song is about inner-city violence, the everyone-for-themselves lifestyle, and brutal hardships in trying to succeed where (…the Apple is rotten). It’s contrary to almost everything that Manhattan-based sitcoms lead us to believe, and presents a sobering, relatable, and important message: finding success can be astrophysics-level difficult, and if you don’t want to be where you are, go somewhere else.

Most of the tracks felt to be about specific experiences, but dichotomy between happiness and hardship seemed to appear among different songs. “Classic”, one the group’s original break-out hits, is a pop and chillstep summer anthem about the familiar but ever-promising feeling of meeting a potentially special someone. On the other hand, “Purple Eyes” goes into the hazards of partying non-stop (I’m so sick of having fun, I could never give it up). Although it uses an electronic style like the one in “Classic”, it’s harder, more psychedelic, and effectively depicts quiet despair and confusion through Phoebe Ryan’s smooth vocals.

Being a debut album, the relationships between romance, music, and fame are unsurprisingly explored. My favorite track – if I were to pick one – would be “Cinderella”. Upbeat and hip-hop-adjacent, the song is naturally about dancing until midnight and beyond, but the lyrics are just ambiguous enough to beg the question of whether the song could be referring to the feeling of the music itself, rather than a person on the dancefloor. Meanwhile, the playfully melodramatic pop/hip-hop track “I Wish (I Could Find My Taylor Swift)” compares the journeys of finding an ideal partner to achieving fame. It laments that most girls (…don’t know who The Knocks is) while paying tribute to Swift as one of the world’s most influential musicians. The tune is simple at face value, but the plurality of themes makes the point that part of life is wanting and working towards multiple things at the same time.

I found 55 to be complex, versatile, and open-minded. But even though it’s a mix of different musical styles, the consistently patient, soulful, and comforting sound brings a balance that initiates both contemplation and enjoyment. What’s pointed out, it seems, is that difficult and confusing chapters of life are still navigable legs in the overall journey. 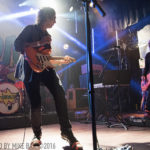 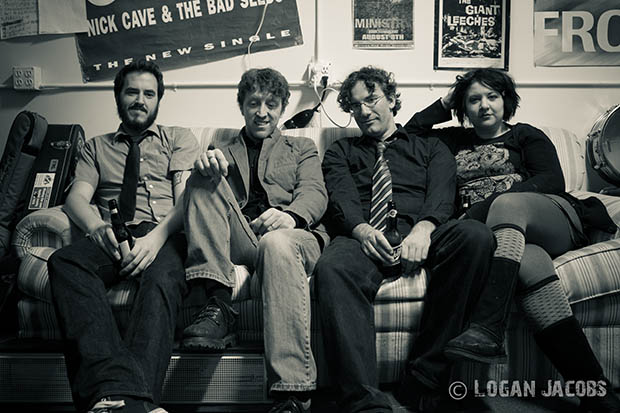