For the past twenty years, Dallas-based metal band Drowning Pool have seen their fair share of ups and down, but through the good times and the bad (and a handful of vocal lineup changes), CJ Pierce (guitar), Stevie Benton (bass) and Mike Luce (drums) have kept their group relevant and rolling. Their latest album, Hellelujah, keeps the tradition of hard and heavy, in-your-face music, and lead vocalist Jason Moreno – with his on-stage persona and strong vocals – has proven to be a fantastic addition. At present, Drowning Pool shows zero signs of slowing. In this chat with founding member and guitarist CJ Pierce, we get his thoughts on the band’s twenty year career and sixth album, Hellelujah.

Talk about the ins and outs, ups and downs of Drowning Pool for the past twenty years.
Pierce: It has definitely been a roller coaster ride. I have always had a passion for music. We have learned a lot of life lessons, we have had a lot of great times and a lot of bad times. But, we are back in the good times again, and that is the thing about life, you will go through bad times which will may your respect the good times. Just stick to your dreams! 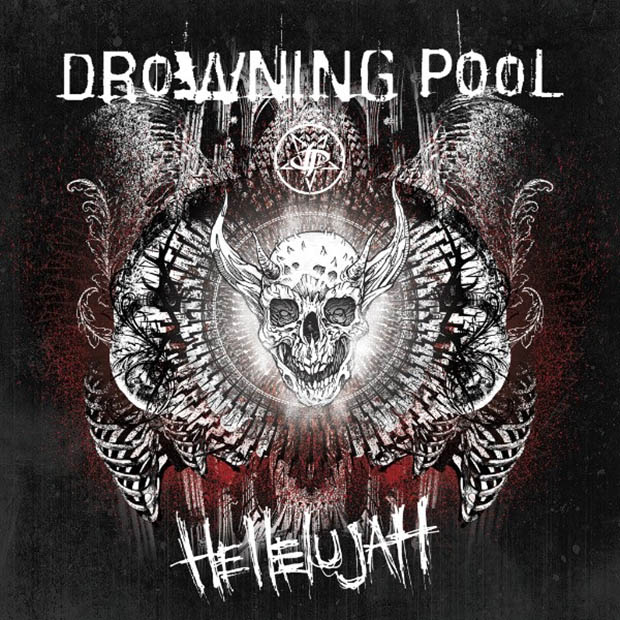 If you could go back and change a few things, what would you have done differently?
Pierce: I would have went back and become a lawyer because we signed some pretty stupid contracts when we first go into this business. We learned some really hard lessons; a lot of these companies are not out for the artists, but more for themselves. Other than that I do not feel that I would change anything, I have had a really great life and have been around a lot of great people. I am not the kind of person that lives in the past, I live in the moment and I try to enjoy every moment that I have.

Back in August you guys signed with eOne, the company has the likes of Pop Evil, Black Label Society, etc. Can you speak on this marriage between the company and band?
Pierce: By far eOne has been the best place for us. The thing that I love about eOne is the fact that they respect Drowning Pool, and other musicians. They told us to make the record the way we want, send it to us and we will put it out. It is pretty common practice these days that labels want all this input on your creativity. With eOne Entertainment they told us to play how we want to play and send us the record and we will put it out. And because of that, there has been a lot of positive feedback on this album. I guess this is another life lesson, do what you want to do, don’t listen to anybody else.

The latest helping of music from you guys, Hellelujah, is honestly a great album. I have listened to it drunk as well as sober, and it sounds great both ways. [Laughs] Your thoughts on the blood, sweat and tears that went into this album?
Pierce: Hey, it sounded great both ways, it has to be a good record. [Laughs] You know we are always writing music and stuff, we came out of past relationships with a record label and management, so we were very frustrated with music at the time. We had a lot of freedom in making this album and I feel the end result is killer.

Check out the song “By The Blood” here.

Thus far, how pleased are you guys with the reception of the new album, as well as the tours promoting it?
Pierce: To be honest with you, it has been a packed house every night. We have had some really awesome bands with us; Audiotopsy, Hostile, Violent New Breed… some really great shows. And we always leave a spot open for local bands, we like to support the local bands. And the reception has been great!

I recently read an interview you conducted with http://endhungerchallenge.wordpress.com. Speak a little about the site and charity.
Pierce: I have done it twice now. Anything we can do charity-wise I am all for it, in any shape or form. There are a lot of kids who cannot afford to eat lunch, no kid should go hungry in this nation. The big corporations have taken over this economy and they don’t care about any of us. Check out the site, there is really a lot of great information on it. We also do Toys for Tots, we want to help underprivileged kids. We support our military, those people in the military are real people, and they need everybody’s support.

I have to ask this, fans see you guys as rock stars, believing that everything is there at the snap of your fingers. But, they rarely see behind the scenes and all the work that it takes to keep a band relevant and rolling.
Pierce: There is a ton of work that goes on behind the scenes. Our job is to have a good time with the fans, and we do. Behind the scene we have a whole crew of people; they work extremely hard at what they do to help us make it happen. Being in his business is a 24/7 job, you have to keep at it, a lot of work goes into this band. It is worth it! 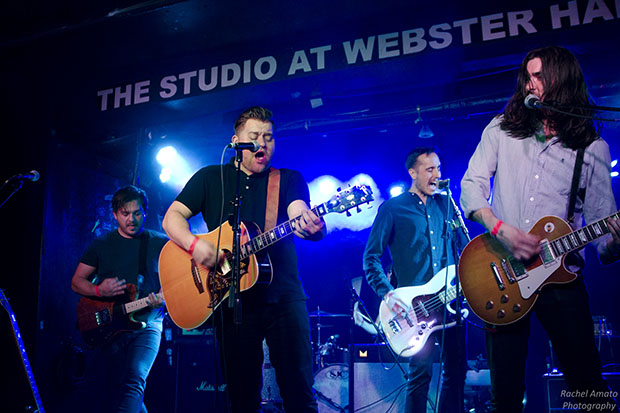 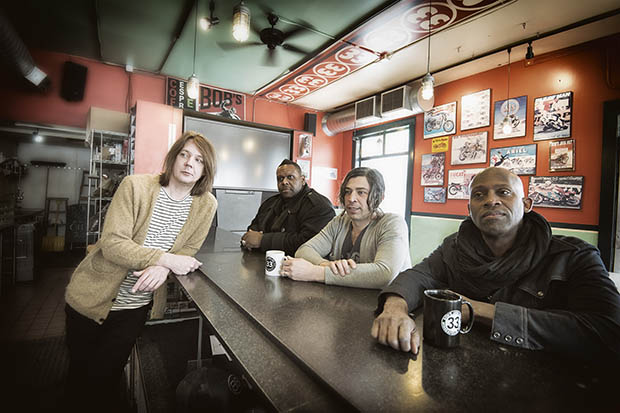