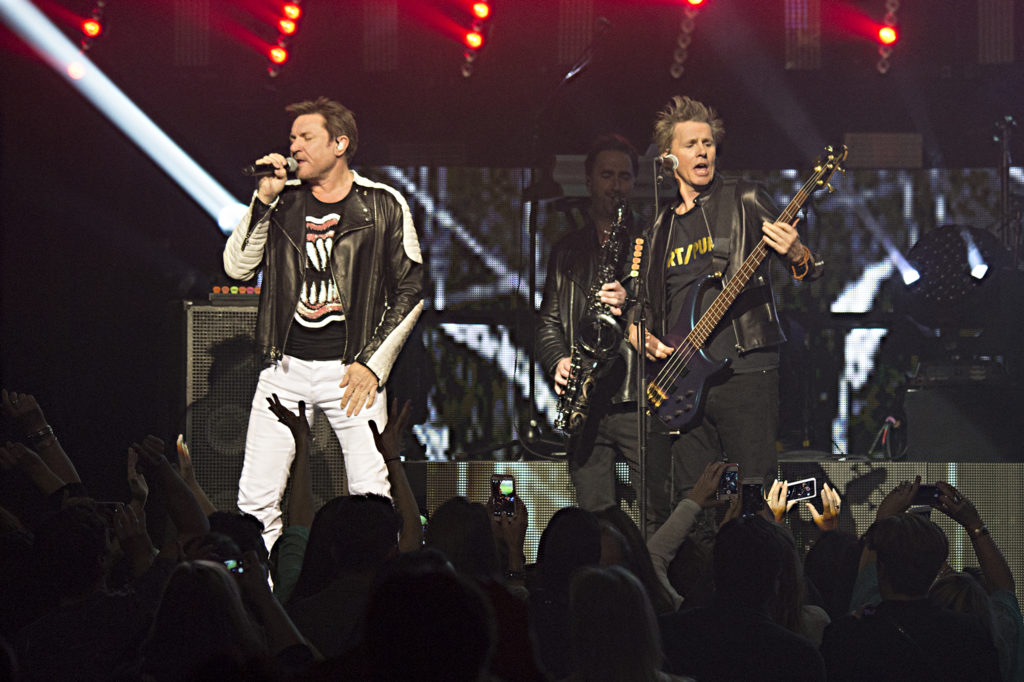 Review and photos by Allan Zilkowsky

Duran Duran opened their 2016 Paper Gods tour in Niagara Falls with the first of two sold-out shows at Fallsview Casino.

In support of their 14th studio album, Paper Gods, and first to chart a Top 10 hit in twenty-two years, the Fab Five started the show with the title track off of their latest release to get the party started.

However, it only took until song number two to get the few remaining fans in attendance on their feet with one of the band’s most successful hits “Hungry Like the Wolf”. Duran Duran’s frontman Simon Le Bon continued to mix a combination of old and new hits from the band’s extensive catalogue that spans close to forty years.

Some notable highlights from the show included a tribute to the late David Bowie with their version of “Space Oddity’ and also a mention of the power of music when referencing the Paris attacks last year and their collaboration with American band Eagles of Death Metal during “Save A Prayer”.

Finally, as the band was taking their final bow, fans reminded the band that they had failed to play one of their most popular songs, “Reflex”. In unison, the crowd started chanting REFLEX, REFLEX and, as it became louder and louder it also became evident that fans were not going to leave until they heard it.  Both Simon Le Bon and John Taylor looked at each other in amusement and after a brief consultation with the band started the opening riffs to the song and performed it to the delight of everyone in attendance.

Duran Duran continues their North American leg of the tour with a second sold out show at Fallsview Casino before heading back south of the border for some US dates.

SETLIST:
Paper Gods
Hungry Like The Wolf
A View To A Kill
Last Night In The City
What Are The Chances
Notorious
Pressure Off
Planet Earth / Space Oddity
Ordinary World
I Don’t Want Your Love
Sunrise / New Moon On Monday
Wild Boys

Encore
Save A Prayer
Rio
Reflex