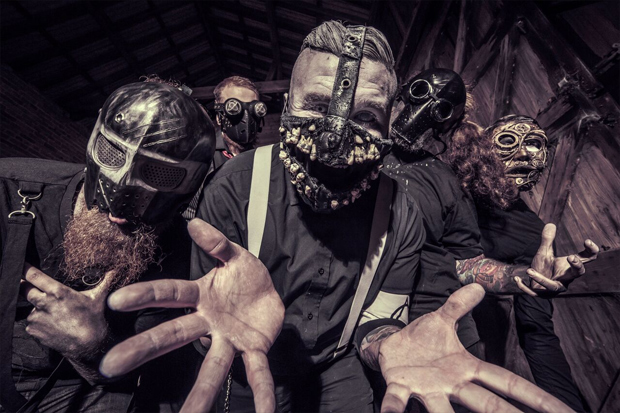 The Skinny: One of the UK’s best breaking bands is preparing to make their mark in 2016 with the release of their highly anticipated debut album. Notoriously named as ‘murder capital of Britain’, the sleepy town of Boston, Lincolnshire is home to apocolyptic nu-metal mob Anti-Clone.

Frontman Mr Clone explains about the meaning behind the album “‘The Root of Man’ is intended to hold a dual meaning. Firstly, it questions the beginning of the human race, starting with Eve committing original sin which resulted in us being cast out of Eden. This is echoed in the title track with the lyrics: “The root of man is evil; the root of man is sin”. This theme is explored further throughout the album, looking at the extremes of human emotion and actions. The second meaning is that ‘The Root Of Man’ symbolises our beginning as a band. These are the roots that we are planting to fully establish ourselves as our own entity, to establish ourselves as Anti-Clone.”

The band will be playing two shows with Mushroomhead later this Spring and are streaming the latest single from the album online.