Los Angeles, CA indie rockers Alyeska have premiered their new single, “EverGlow,” on SoundCloud. The track was produced by legendary producer John Agnello who has produced and recorded some of the most stand out indie rock records in the past 20 years including Kurt Vile’s Smoke Ring for My Halo and Walkin’ On A Pretty Daze, the Dinosaur Jr. reunion records and Phosphorescent’s breakthrough record Muchacho.

Alyeska is comprised of singer-songwriter / guitarist Alaska Reid, drummer Ben Spear and bassist / multi-instrumentalist Enzo Scardapane. The single comes ahead of their debut album which will also be produced by Agnello and released later this summer. 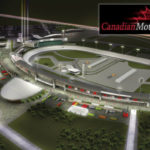