Music, it can bring out all sorts of emotions. A song can elicit happiness or sadness, it can motivate you to want to work out harder, maybe love stronger. And then there is music that scares the crap out of you… puts a little fear in your heart, makes you have a “WTF did I just listen to?” moment. Compound that with a totally eerie video and these songs can pretty much just freak you the f*ck out. Here are thirteen music videos that, for whatever reason, are creepy-as-hell!

01. Marilyn Manson – “The Beautiful People”:
I remember first seeing this band on a magazine cover around 1995 and I had one of those “WTF?” moments. About a year later I was flipping through channels and witnessed this video. Walking around on stilts with that freaky head movement, Manson looked truly freakish. Still a kick-ass tune, though.

02. Tool – “Parabola”:
While Tool is an extremely good band this video is about ten minutes of creepy-ass stuff. Released on their album, Lateralus, the video delves into Kundalini awakening wherein a mystical energy or force called Kundalini rises through two intertwined channels within the body. It is more than my brain can fathom. Some call it art, I call it creepy.

03. Dimmu Borgir – “Gateways”:
This symphonic black metal band has been around since the yearly ’90s and, to be honest I have no clue what they are singing about in this video…. but it sure is far-out freaky! The bathtub of milk turning into blood, the outrageous costumes, overpowering drums, and that damn jacket…. Just loaded with creepiness.

04. Nine Inch Nails – “Pinion”:
There really is not much to say about this one… it’s a very short instrumental track and the video is well… chilling. Trent Reznor is great at keeping the fan on their seats with his theatrical videos. The bondage and sound alone featured in this little clip are what nightmares are made of. Sweet dreams.

05. Cradle of Filth – “Babalon AD (So Glad for the Madness)”:
This British goth metal band is dark, very dramatic, and this video is odd. It starts off with the chilling eyes of the singer looking into the camera with a sadistic grin before his voice sends shudders down your spine. You get the impression that the young boys and girls in the video are being held captive for everyone’s sick pleasure.

06. Power from Hell – “Ser Diabolico [Legendado]”:
One word describes this video… Sinister. The pornographic images are scenes from movies, one being from Bram Stoker’s Dracula. Then the naked women swaying back and forth in this seductive dance yelling Lucifer. The depiction of the crucifixion with the naked lady in the place of Christ has B-horror flick written all over it.

07. Mr. Bungle – “Quote Unquote”:
This California-based band produced a sound that could not be pinpointed. And this video has strange written all over it. The carnival-like music, the little dolls (some of which are headless), the masked man pushing the doll around… the creepiness of this one runs high!

08. Rammstein – “Mein Teil”:
Rammstein is a Germany-based badass band who have been scaring folks for years and their video for “Mein Teil” doesn’t let us down. “Mein Teil”, which in English translates to “My Penis,” has a very dark, true story behind it. The song was inspired by the story of Armin Meiwes and Bernd Jurgen Brandes wherein with Brandes’ permission, Meiwes killed and ate the remains of Bernd. So with this being a true story of cannibalism, it adds to the creeper factor.

09. King Diamond – “The Family Ghost”:
This man has been killing it for years. As a youngster I could not get passed his looks to enjoy his music. His screeching voice, the upside down crosses for earnings, it all freaked me the hell out. While I eventually got over his looks and enjoyed his tunes, the devilish images were at one point a bit too much for this young, church-going boy.

10. Ozzy Osbourne – “Bark at the Moon”:
I know you are asking yourself, “You think this video is creepy?” Well, as a young kid growing up around religious family members, Ozzy was the Devil. I was a huge fan on his music and while this video doesn’t do much to me these days, let’s be honest, the creature in this video was scary-as-son to a small town kid. Hail Ozzy!

11. Rob Zombie – “Living Dead Girl”:
Both White Zombie and Rob Zombie’s solo project are terrific bands; Rob has a lot of theatrical, dark talent. And this one proves to be just that! You can pretty much pin any Zombie video creep but this one takes you back in time, it has a Frankenstein vibe to it. And anything with the dead walking can be a bit bloodcurdling.

12. Mudvayne – “Dig”:
Come on now, Mudvayne was a kick-ass metal band and this video is pretty damn freaky! The painted faces have a weird, psychotic feel to them. With the gruff voice screaming “Dig” repeatedly, along with the merciless grins from the painted up devil, NO kid would watch this video without crying out to their Mommy.

13. Mushroomhead – “Your Soul is Mine”:
If you’re faint of heart, then Mushroomhead is probably not the band for you. They wear creepy masks, sing dark lyrics, and do their best to scare the living shit out of people. “Your Soul is Mine” is a good tune but the video is just DARK! Singing about taking an individual’s life, along with quoting a child’s nursery rhyme…. too gory? What do you think? 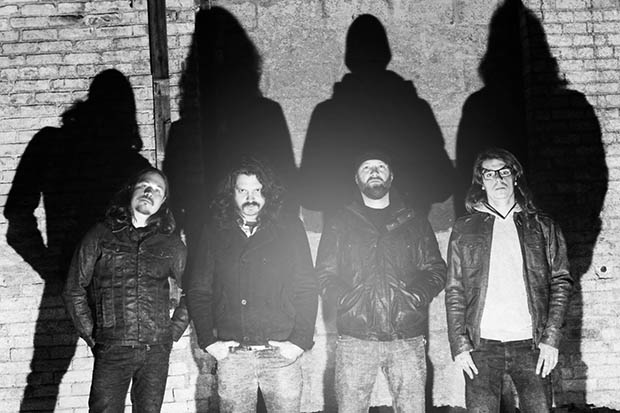 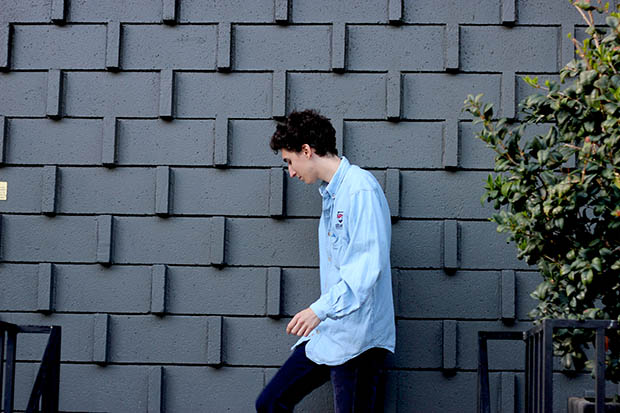