Review and Photos by Vanessa Markov

How hard it is to believe it’s been over a decade since illScarlett stormed radio airwaves with back to back hits “Heaters” and “One-A”… I remember the sold out show at Mod Club like it was yesterday – still one of the best local shows I’ve experienced to date, so getting a chance to relive that night at Horseshoe this past Saturday was the ultimate consolation for the years gone by.

“We’ll get to the album soon, we’re just warming up,” Alex Norman teases as the band induced serious anticipation by opening with a handful of newer songs including “My Money” off their self-titled 2014 release and “Nothing Special” from their gold status 2007 full length All Day With It, before launching into EPdemic.

Cue pandemonium: Crowd surfing, pot smoking, beer soaking, stage diving, House of Payne, “Mary Jane”, and just as it should, it all ended too soon.

Despite Norman’s somewhat faded vocals (compared to his absolute killer wail of years past) and the absence of original members Will Marr and John Doherty – who at least made a delightful appearance for two songs, “NTF” and “Pacino” – the sold out room and bittersweet nostalgia was a double down win of all wins.

illScarlett fans are the best.

The EPdemic parties continue throughout the week:

(Major shout outs to Jarek Hardy and Darenots for getting the party started!) 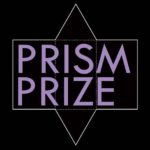 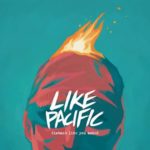