Having been behind the steering wheel of a progressive and blackened Viking folk metal band for twenty years, Øystein G. Brun has must have felt he’d died and gone to Valhalla when on 2012’s Urd, both Andreas “Vintersorg” Hedlund and Simen “ICS Vortex” Hestenæs agreed to join the band. When it comes to high-foreheaded and furrow-browed clean vocals, dulcet choral baritone and vocals that sound like they’re emerging from the depths of ancient fjords, Vintersorg and ICS Vortex just happen to be two of the top dogs of the Norwegian used-to-be-black metal scene and, having both dudes under one roof, must have felt like learning you’ve won the lottery in the middle of receiving a happy ending massage from the mythological goddess Freya wearing silk gloves coated with lubricant extracted from the Fountain of Youth.

Brun must still be jigging on top of the world as the duo have returned to air out their lungs on Winter Thrice which, for fans of the genre, is the equivalent of your mom’s gusset when Sinatra’s rat pack scooted through the gin joints of the ’60s. And since we’re kind of referring to the ’60s, let’s not scrimp on mentioning how much Borknagar has incorporated the ponderous and involved sounds of the late ’60s British prog into their lurching take on battering black metal. There’s a definite towering Hawkwind/Gentle Giant sensibility to the zipping of the guitars, the chord selections and how lilting melodies make transformative shifts and aggressive turns towards the sort of blackened blasting that has been a mainstay of the genre.

To this point, there are healthy helpings of ferocity throughout Winter Thrice where the guitars take center stage as Brun and Jens Ryland put their heads down to salute the past instead of continuing towards an unbalanced future where new influences are embraced, but old ones are eschewed and people simple forgot from whence they came. You can hear the Enslaved, Arcturus, Amorphis and Spiral Architect as much as the early Genesis and Yes in tracks like, well all of them.

It’s the vocal duo which truly shines on this, the band’s tenth release. Both men play to their strengths – Vintersorg’s velvety croon, raspy scowl and swaying ballet-like vocal lines, Vortex’s tendency towards a more spirited approach and staccato delivery (keyboardist Lars Nedland is also credited with clean and harsh vocals, but seeing as I can’t tell where he lays, let’s consider him an adjunct who’s been taking lessons from his band mates). As a result, tracks like “Dominant Winds” and “The Rhymes of the Mountain” are that much more layered and luxurious. 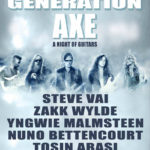 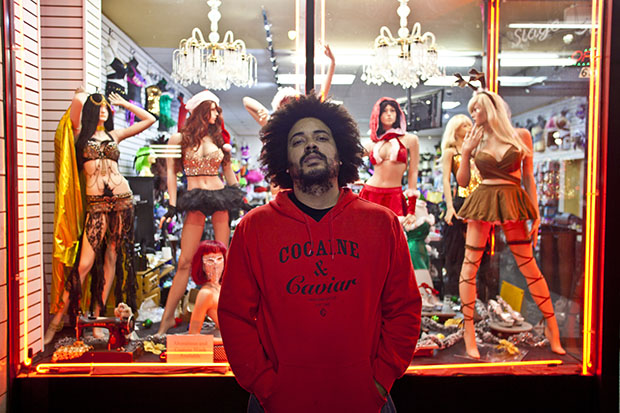