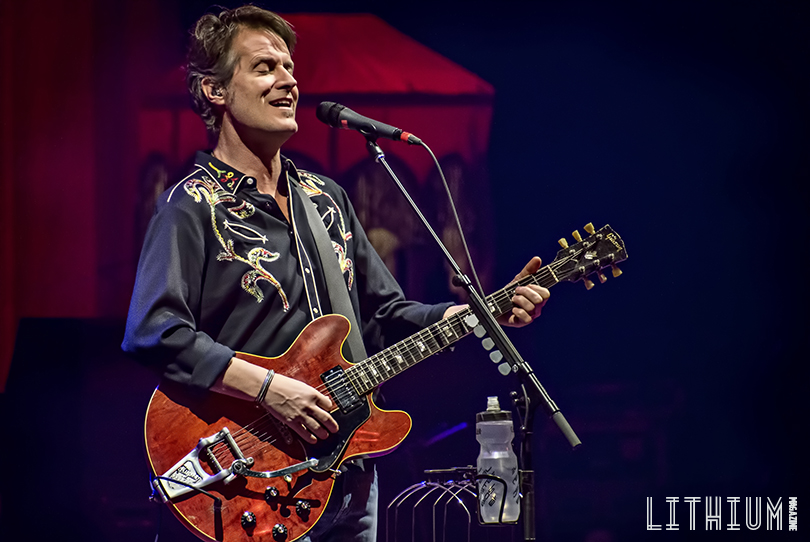 Watching Blue Rodeo perform at Massey Hall in the heart of downtown Toronto would be a dream come true for any Canadian music fan. Since Blue Rodeo formed in the mid-80s, they have worked hard to become the iconic Canadian band they are now. The band, which hails from Toronto, gave an enormous amount of energy and enthusiasm throughout their show this past Thursday evening.

The night began with a powerful and emotional performance by The Strumbellas, who were happy to play a half-hour set inside of Toronto’s landmark theatre. The band successfully brought the crowd to tears when they played “The Fire”. The Strumbellas dedicated it to a man they classified as someone they “really wish could be here tonight”, and after the first few lines the audience could feel the emotion coming from frontman Simon Ward.

The crowd certainly enjoyed the Strumbellas performance, but when Blue Rodeo took the stage, they were met with unprecedented cheers and applause. Keeping the fans dancing and singing for two and a half hours, they managed to play over twenty songs, including three encore pieces. With each song played there were electric guitar riffs, energetic keyboard solos, and innovative lyrics. They played classics such as “Til I Am Myself”, “Disappear”, and “Diamond Mine”, with a mix of new songs throughout the show as well.

Lead singer Jim Cuddy, along with the rest of the band, took time to inform fans of some of their song’s background stories; as well, they joked throughout the set to keep the audience entertained.

One of the last songs played was “Try”, which is known to be the song that assisted Blue Rodeo in expanding their fan base internationally. With the success of “Try” and many other songs, Blue Rodeo has won numerous awards, with one of the most recent bestowed that evening at Massey Hall. Deane Cameron, President and Chief Executive Officer of Massey Hall, came on stage towards the end of the show to present the band with The Massey Hall Honours Award, an award given only to one other artist, Gordon Lightfoot.

“Blue Rodeo are ambassadors for music across the country”, said Cameron as he joyfully took a photo with the band and the audience in the background. After playing at Massey Hall over thirty times in their career, and releasing two live albums from the venue, including Live at Massey Hall this past October, the award was well deserved.

The room was filled with fantastic music and cheerful smiles all night long. Watching a Canadian band that has worked so hard to come such a long way made my night.

Blue Rodeo will be touring with The Strumbellas for the next week in Ontario and the East Coast.