There couldn’t have been a better way to wrap up an intense year of growth and discovery than a show with friends at The Spill in Peterborough, featuring my 3 favourite bands of the year: Windsor’s finest Nathan McNevin & The Silence Factory, Ajax punk rock revivalists Beyond The Wall, and Peterborough’s own hometown clowns THECanadians.

For starters, they really couldn’t have chosen a better venue. The very first time I walked into The Spill in early 2013, I fell in love with the playful, cozy atmosphere. The DIY décor and the little living room set up at the back complete with a fully functional classic Nintendo system (win win win) makes it impossible to feel anything but happily at home.

After sucking their way through a few rounds of Super Mario 3 (it’s not their fault, it was before their time!), Beyond The Wall opened up the show with their 3 parts punk/1 part pop cuts that had the older crowd sending me pure smh vibes – meaning they were doing it right…because if parent crowds dug a teenage punk band with dick jokes abound I’d be a bit concerned for that band’s future. It was the second time I’ve seen the BTW trio live and was already singing along to their originals, which could easily be mistaken for early Green Day b-sides. Good fun. These guys reek of colourful youth and that’s never a bad time.

Nathan McNevin & The Silence Factory was up next, and what can I say…sometimes you’re sitting in tiny bar in a tinier town on a Monday night amidst a whiteout storm, and witness a single shooting star. I’d recently written of the phenomenon of feeling talent so raw and beautiful it draws your face to the sky with eyes shut tight, and that is exactly the emotion that Nathan evoked on this night. There’s something to be said of an artist of Nathan’s caliber at an age so young I can still barely believe it a year later – and in that short time he’s gone from a firecracker to a total showstopper. Once the frontman of now defunct teenage pop rockers Sieraslave, Nathan outfits this latest act with top notch talent that more than sturdily support his vision, and for this particular show had a stand in drummer, Erik Dutka, who was called in to learn the set only two days prior to the show. You’d never have known it. This was the set that won the whole room over with oohs and ahhs all around.

Finally, a trio made up of former members of local favourites Super Quest now called THECanadians found not a straight face in sight once they hit the stage, opening strong and silly with a minute long stint called “I Love My Cat” followed by a Dennis Leary-esque hate anthem called “Roommates”. The insanity, which members of Beyond The Wall affectionately described as being like “watching Wayne’s World on stage”, rose as steadily as their shred heavy honest to rock pop riffs including songs about dinosaurs, the various uses of pot, and even an ironic as all hell parody rap about Led Zeppelin. Amid the jovial chaos, frontman Jawn Whitten – a true caricature of a human being in every sense of the word – referred to the evening as “stunt drummer night”, turning to praise the band’s own last minute guest drummer…none other than Nathan McNevin. Because he can do that too, apparently.

Major shoutout to Dave at The Spill for being the all ‘round badass dude and scene warrior that he is. Cheers! 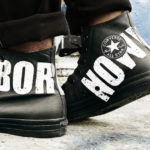 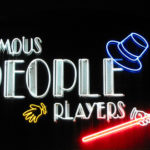