Huka Entertainment is pleased to announce that Pemberton Music Festival in Pemberton, BC will return for its third consecutive year on Thursday, July 14 through Sunday, July 17, 2016. Pemberton Music Festival is Canada’s biggest camping, music and comedy festival, and last year’s event drew more than 115,000 fans and featured nearly 120 performances by 113 artists over four days.

A limited supply of Early Bird tickets, which allow fans to purchase advance festival passes at a discount, go on sale Friday, January 15, 2016 at 10:00am PST at PembertonMusicFestival.com.

“We’re very excited to be returning for a third year to the world’s most beautiful festival setting,” says A.J. Niland, Chairman and Chief Experience Officer of Huka Entertainment. “We look forward to continuing to grow Pemberton Music Festival with world class artists, passionate fans and the welcoming Village of Pemberton.”

“Pemberton Music Festival exemplifies our strategy – to create memorable experiences at destination locations,” says Evan Harrison who was recently named Huka CEO. “Our fans are incredibly engaged, they provide tremendous feedback which we take to heart and utilize in enhancing Pemby Fest year after year.”

Also new to camping this year, Pemberton Music Festival campers, when buying their tickets, will choose to camp in either the energetic North Campground or the South Campground, a more relaxing area with closer parking options. The festival site is the dividing line between the two campgrounds.

Full ticketing details and 2016 prices are available now at www.pembertonmusicfestival.com

Pemberton Music Festival is a four-day contemporary music festival in British Columbia’s scenic Pemberton Valley, near the foot of majestic Mt. Currie. Produced and promoted by Huka Entertainment, in collaboration with the Village of Pemberton and land partners the Sunstone Group, the Lil’wat Nation and Squamish-Lillooet Regional District, the festival turns Pemberton Valley, located less than thirty minutes from Whistler, BC, into a premiere musical playground.

The festival provides a blend of on-site camping and off-site hotel lodging options. While camping options will allow attendees to stay directly on festival grounds, those seeking the comforts of a home away from home can secure traditional lodging in nearby Whistler, BC. Non-camping patrons will have access to festival-supplied transportation, including shuttles from Whistler.

Campgrounds for 2016 will build upon the expansions that were introduced at last year’s festival. Notable improvements this year will include streamlined entrance and exit and a brand new camping ambassador program that will help maintain and preserve the beautiful festival site. The camping ambassadors will be on-site throughout the duration of the festival and will help guide campers during load-in, hand out trash bags and provide helpful information packets.

“As camping is one of the staples of Pemberton Music Festival, we have taken advice and suggestions from our fans and incorporated them into this year’s festival,” says Niland. “We will continue to provide transportation assistance from parking lots to the campgrounds and are offering the option to camp close to a parking lot – both of which should make for an enjoyable experience for our fans.”

Other returning amenities will include specialized food offerings for VIP patrons as well as water filling stations, showers and more in the campgrounds.

Pemberton Music Festival is also proud to welcome its partners Molson Canadian and Somersby Cider to its 2016 event. 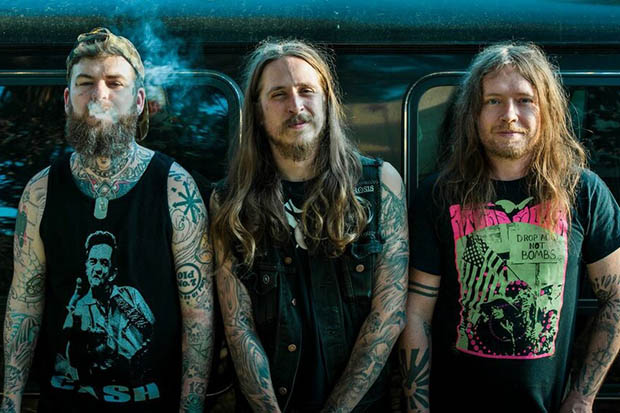