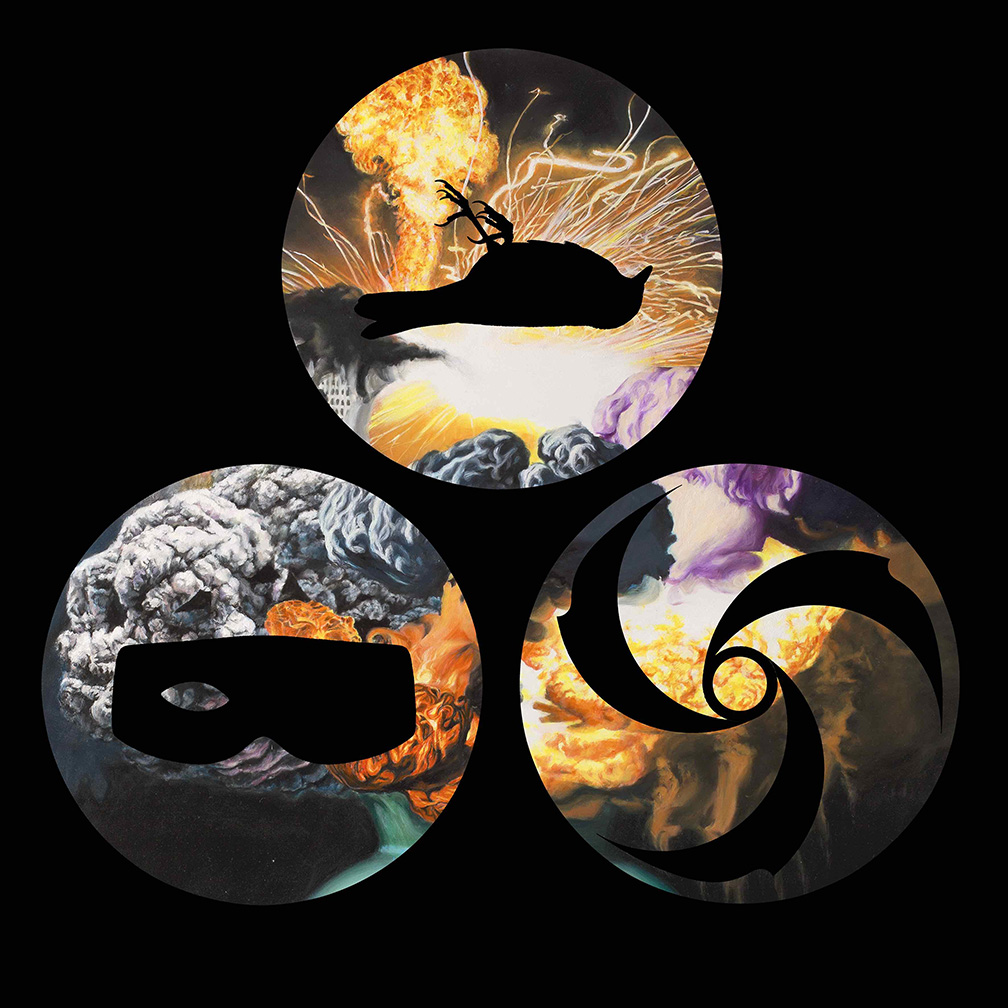 Selflessly billed as a leaderless trio, Nevermen is comprised of Tunde Adebimpe (TV on the Radio), Adam ‘Doseone’ Drucker (Anticon, CLOUDDEAD), and Mike Patton (Faith No More). Each of these musicians is a musical leader in his own right, and this collaboration showcases three virtuoso artists shedding all of their respective pretenses to simply create material together.

Mike Patton (the busiest collaborative vocalist in the music business) finds himself in fine form on this album, touching on numerous vocal stylings throughout all ten of the varied tracks here. For his puritans, who know he can be all over the map as far as his genres of material go, Nevermen nestles in the closest to Peeping Tom.

Adam ‘Doseone’ Drucker’s mixture of ambient textures and rap breakbeats mashed together with Tunde Adebimpe’s sonic stylings makes for an album that takes the listener in numerous directions. Each song on the album has an underlying hum, a meditative resonance that craftily strings this collection of material together, but then the three musicians take strides to break all of these songs into different structures and moods.

‘Wrong Animal Right Trap’ sounds almost Trent Reznor-like in the vocal drones that marry together with the instrumentals contained within the song. There are moments of blissful harmonies and strange chopped-up vocals that in the hands of other musicians could spell utter disaster. Naturally, Adebimpe, Drucker and Patton manage to make it one of the showpiece tracks on the album.

‘Hate On’ has an uneasy Ennio Morricone vibe for the most part, until 2/3rds of the way through when the track takes a turn to something sinister, and Patton tosses scattered raps over the ending of the song with menacing effect.

The most upbeat track on Nevermen is also one of the most strange and fascinating tracks on the album, a song called ‘Mr Mistake’. It resonates like a love child between Gary Numan, Yes, and Bobby McFerrin, and builds upon what sounds like all three musicians playfully stacking words on top of each other for just under three minutes.

‘Shellshot’ has a tranced out Brian Eno vibe that collides into a Portishead style synth and cymbal crash intermittently throughout the track. It’s another showpiece on an album that is rife with creativity and inspired songcraft.

Nevermen is released on January 29th. Vinyl heads take note: There is a limited lavender vinyl available in North America via the Ipecac website. Get on it soon, as it will surely sell out.