There can be no denying that Muse is, bar none, the best bang-for-the-buck when it comes to a live concert. This is across all genres of music – even Taylor Swift (who can boast an utterly jaw-dropping live spectacle) yet can’t touch what I witnessed from Muse at the Air Canada Centre. Across the board, Matt Bellamy, Chris Wolstenholme and Dominic Howard excel as live musicians, visionaries and entertainers, bringing with them a live show that somehow manages to top itself with every new album that comes out.

X Ambassadors, riding on a wave of strong airplay with material from their VHS album, delivered a decent performance. Having seen them perform on their own, I know tonight wasn’t showcasing them at their best. To be fair, the band is playing on the headliner’s centre stage, using their sound mix and some limited lighting. They were good. But not great. There were tons of Muse fans in the venue when they performed, and the positive exposure for them is utterly undeniable. That said, they seemed dwarfed by Muse, and the sheer spectacle of what was coming.

(Note: I truly wish the EW columnist that included Drones on their list of the five WORST albums of 2015 was forced to see this tour at the closest city, so they could experience Drones in all of it’s glory. Granted, Drones isn’t my favourite Muse album, but it’s leaps and bounds better than most of the Pablum I heard polluting our musical airwaves in 2015. And now, having seen the vision the band put behind the Drones album, captured in a live setting amidst a packed venue of ecstatic Toronto fans, I easily can say that I respect their work infinitely more).

As a long time Muse fan, I walked into this show quietly hoping that the band might perform ‘Citizen Erased’, my all-time favourite Muse track nestled in towards the end of their second album, Origin of Symmetry. As they levied this epic track four songs into their Toronto performance (shortly after wowing us with riffs from both ACDC AND RUSH to outro ‘Hysteria’) I went short of breath and almost moved to tears, truth be told, as I’d given up hope on ever hearing it live again. Right there, four songs into the evening, and I was already beaming with joy. And, true to form, Muse was only getting started.

It needs to be said that topping The 2nd Law tour is a feat in and of itself. After seeing both of these performances in Toronto in April of 2013, I would have laid money down that Muse had hit their creative apex from a visual / live production standpoint. How utterly wrong that notion was.

The stage for the Drones tour is set up in the round, taking up a good portion of the center ice area of the venue, with two protruding runways jutting out of the round to risers (where both nets would be at a sporting event). The center stage platform had a slightly raised section that rotated slowly, allowing the band to face everyone in certain points of their performance. It was adorned with multi-colour floor lighting that looked like neon strips in presentation. Above the circular center stage was a mirrored lighting riser with an impressive 360-degree monitor system for broadcasting live camera footage and filmed video captures. Mirroring the runways below, there was scaffolding above both runways that mounded large circular drones that would lift out and fly above the venue during given songs, projecting lights on the band and the crowd.

During some of the band’s songs, thin translucent screens dropped from the scaffolding and bisected the entire length of the stage, to allow for images to be projected from both the north and south sides of the venue. Similar screens would drop down from the round center section of the stage, essentially housing the band members as they projecting mind-boggling visuals, giving the feeling of an almost 3D experience.

For every moment of every song something would change while Muse performed. During ‘The Handler’ the visuals that were cast against the screens made it look like a giant expressionless face with two large hands was manipulating Matt Bellamy and Chris Wolstenholme as they performed. In all my years of concert going, I’ve never seen anything like this before, and will likely never see anything like it again. During ‘The Globalist’ and ‘Drones’ a large inflatable “Reaper” drone was launched from the west section of the Air Canada Centre, to fly around the entire venue and then land in the same spot, where stage hands grabbed the large inflatable and walked it out of the hanger doors. Then the visuals for ‘Drones’ essentially built up and destroyed a futuristic cityscape in front of our very eyes, the visuals eventually swallowing the cityscape up as it spiraled into a visual implosion of George Lucas-like proportion.

As if everything Muse had with them this evening wasn’t quite enough, large black ‘Hullaballoons’ were pushed into the venue from the west side of the ACC during ‘Starlight’. Each of these large inflatables was filled with little drone-man shaped confetti that exploded over people in the audience as they punctured, covering the audience in colouful paper at the mid-point of the evening. For the encore, Muse upped the ante during ‘Mercy’, delivering blasts of confetti from air cannons around the entire stage, and an explosion of stringed confetti at all four corners of the venue’s ceilings, turning the Air Canada Centre into a ginormous, colourful pinata.

Refusing to stop at this obvious evening closer, Muse played ‘Knights of Cydonia’, finishing up with the house lights on, waving at the audience and thanking the crowd. Wolstenholme and Howard tossed guitar picks and drum sticks to the attendees on the floor and then walked off the stage and out of the venue slapping hands with fans pushed against the barricade that lead the band towards the same North Western access way that served as point of entry for all of their extra props.

It’s only two weeks into 2016, and I’ve already seen the best show I’ll see this year.

Muse: The best live band in the world. 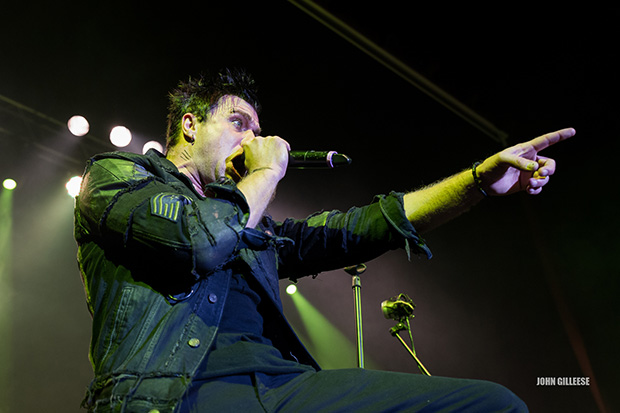 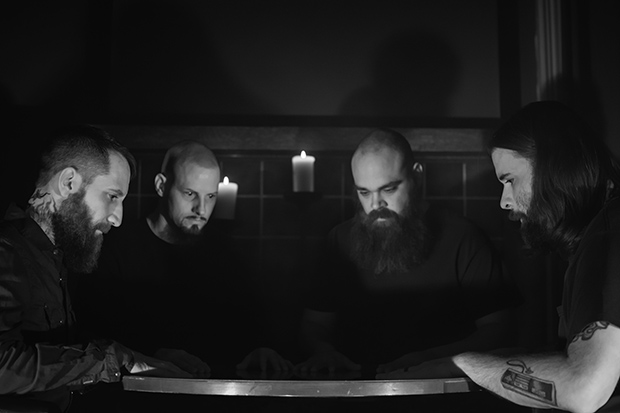