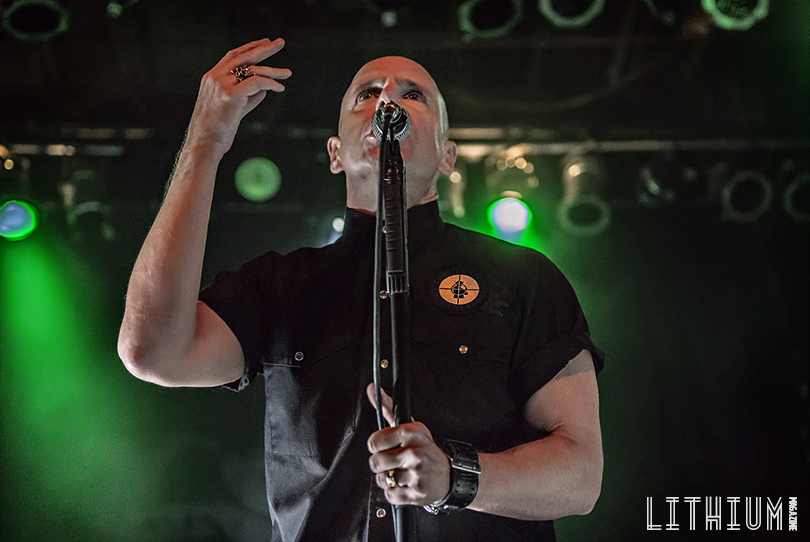 I’m going to admit something right here and now — I know Hugh Dillon as an actor first (and quite a good one at that) before I know him as a punk front man. To me, he is head sniper Ed Lane on the popular Toronto-based show Flashpoint.  It was only after becoming invested in the show that I learned that he’s the lead of local Canadiana punk band The Headstones. Though I’m not a bona fide punk aficionado, I took the chance to see The Headstones play The Phoenix Concert Theatre as the final show of The Rock 94.9’s Unsilent Nights series of concerts, to see what Dillon would be like live on stage.

The Headstones carefully selected Toronto-based rockers Towers to open for them, and it appeared they chose well. Towers are developing a rapidly growing following for their music and from watching their performance, they delivered a solid show. The band’s solid musicianship and strong vocals makes it clear that they have a steady future ahead of them.

Judging from the crowd that grew larger and denser as the time ticked closer to the arrival of the Headstones on stage, it became clear that I am very late to the party when it comes to this band.  Headstones fans, who arrived at the Phoenix in droves to pack the house for a sold out show, are intensely dedicated and loyal. It’s both admirable and kind of crazy at the same time.

Finally the Headstones took to the stage with their song “binthiswayforyears” kicking the crowd into high gear as they dove headfirst into rocking out for the duration of the show. Fans noticed a slight change to the Headstones original line-up as Rickferd van Dyk was standing in for Trent Carr on guitar. Carr is currently undergoing treatment for a medical condition. The band assured fans that Carr is on the path to a speedy recovery.

Despite the temporary change-up while one of their own is out of commission, the Headstones did not fail to deliver a performance that drove the already-pumped crowd wild. Much of that has to do with Dillon’s onstage persona — something I did not expect from the man that portrays Ed Lane. He threw beer into the crowd, and from the pit he snagged a photographer’s camera, complete with long lens, and turned it on the crowd for what will be a few interesting shots. Dillon even went so far as to jump up onto the sidebar at the Phoenix to get that much closer to the crowd.

The Headstones delivered favorites including “Cubically Contained”, “Losing Control”, “Fuck You”, and “Smile and Wave/Eve of Destruction”. I was very impressed by Dillon’s stage presence. At times he had a never-ending list of hijinks he was happy to pull at will.  At other times he was almost stoic on stage. To get the crowd to sing he turned his mic stand around and left it there. To allow the crowd to build their own excitement and intensity, he simply stood back and let the people do what they were going to do. It worked really well.

I loved that the Headstones included “SOS”, of all things, as their rock rendition of the ABBA track.  But my highlight of the evening was their medley of covers that blended seamlessly into each other, including the Rolling Stones’ “Sympathy for the Devil”, War’s “Lowrider”, The Tragically Hip’s “New Orleans is Sinking”, and NWA’s “Straight Outta Compton”. That was a fantastic bit of live show to watch.

The Headstones finished the night off with a three-song encore that included “Cemetery” and their cover of Rancid’s “Journey to the End of the East Bay”. It capped off a night where long-term dedicated fans reunited, bonded with one another, and met new friends as they hugged and sang along with their middle fingers stuck proudly in the air. Needless to say, it was a pretty good night.