Montreal’s Stars kicked off the first night of a three night stand in triumphant fashion, at The Phoenix in Toronto.

The mini-residency was to celebrate the 10th anniversary of their breakout album Set Yourself On Fire.

It wasn’t surprising that Stars took a shine to openers Seoul; much of their music was reminiscent of Stars’ early material. They said they were honored to play the night and asked if everyone was drinking the Stars beer; cans of Collective Arts beer that were adorned with Set Yourself on Fire‘s cover art.

Stars took to the stage to a big cheer and the scratchy recording of frontman Torquil Campbell’s actor father Douglas Campbell dramatically saying, “When there’s nothing else to burn, you have to yourself on fire!” that kicks off the album. They then launched into ‘Your Ex-Love is Dead’, showcasing the impeccable harmonies and vocal interplay between Campbell and Amy Milan.

They played SYOF in its entirety for the capacity crowd. The band’s breakthrough hit ‘Ageless Beauty’ was another highlight that sounded just as exciting and fresh as when it dropped in 2005. Stars could have left the vocal duties up to the audience. Throughout the set, the crowd sang along word for word, this was especially evident during ‘What I’m Trying to Say’ and ‘Calendar Girl’.

It was a little disappointing that they didn’t change up the set order or even perform different takes on the songs from SYOF, though they may have done so on subsequent nights. Another slight let down was that Campbell kept his engaging between-song banter and dry wit to a minimum.

But both he and Milan more than made up for it with an admirable energy level as they danced around the stage. Campbell stood on the drum kit at one point and collapsed to the stage at the end of another song. The audience wasn’t really feeling it at first but as the night progressed, Campbell and Milan’s enthusiasm seemed to infect the crowd.

At one point, he did express disbelief that it had been, “10 fucking years” since they released the album and that they’re still making music.

While the night may have been celebrating that SYOF was a decade old, they also played songs from throughout their career, including ‘Elevator Love Song’, the song that first brought them attention. They took the opportunity to showcase several songs from their current release, No One is Lost, including the title track.

They capped off the night with a short encore that saw them play ‘Take Me to the Riot’ and in keeping with the spirit of the season, they also performed their take on Shane McGowan and Kristy McColl’s ‘The Fairy Tale of New York’.

Check out the video for ‘Ageless Beauty’ from Set Yourself on Fire below; 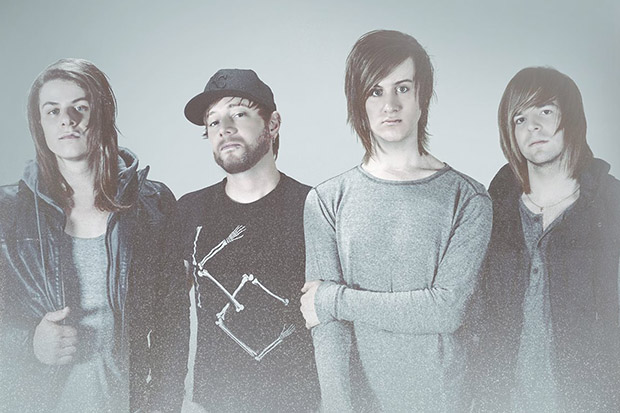 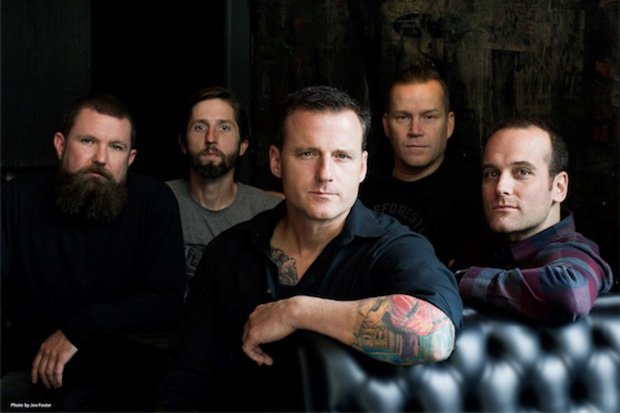