On the eighteenth day of December, Cancer Bats tore the Hard Luck apart only to build it back up for a weekend filled with Christmas spirit.

While the Toronto weather may not have suggested that Christmas would be exactly one week from the night of the show, Cancer Bats graced fans with the gift of a full weekend of shows. Along with two nights at the Hard Luck Bar, the Toronto-based four-piece also played Stay Warm Fest at the Danforth Music Hall.  However, this review touches only on their Friday performance.

As part of The Good Ol Canadian Rip Tour, in support of their recent release Searching For Zero, Cancer Bats showed Toronto why they’ve managed 10 years of kicking ass. From the onset of the night with “True Zero” the crowd knew this was going to continue to be a reckless night. As I mentioned in my review of their recent album, Cancer Bats have come along way and with that they’ve refined their live act. The songs from the night were spot on, if not better, than their recorded counterparts.

From there, they hit the crowd with songs from every album like a nostalgic wave of kicks to the face. There were very few chances for fans to catch a breath as it seemed like the band tried to give it all or nothing. There was no wasted time as Liam Cormier’s interactions with the crowd served as mere hype for what was to come.

Songs like “Sorceress,” and “All Hail” kept everyone in check with the speed of those songs. They were surrounded by heavy complements like “Deathsmarch” and “Pneumonia Hawk” but the energy never let up.

Personally, I loved that they threw in a nod to their first album with “French Immersion.” It’s rare to see bands like this stretch back that far and play a track that perhaps some fans never got a chance to hear and see live. There were numerous times that both front man Cormier and bassist  drove their microphones into the crowd. It goes to show how well the band knows their fans and how to simply put on a hardcore, trash, metal show – whatever your idea of them. Cormier thanked the crowd on numerous occasions for the support they’ve given over they years, and went as far as to be able to remember show goers he had seen from many prior shows. The Toronto band performed like it was their last night together, but with that kind of energy and zeal it seems like Cancer Bats will never end.

The Bats have a relentless sense of power on stage and they command the attention and passion of their fans through their live performance. That much was evident on their first night at the Hard Luck. December brings excitement as the holidays approach but Cancer Bats were the real treat this Christmas.

Arsenic In The Year Of The Snake 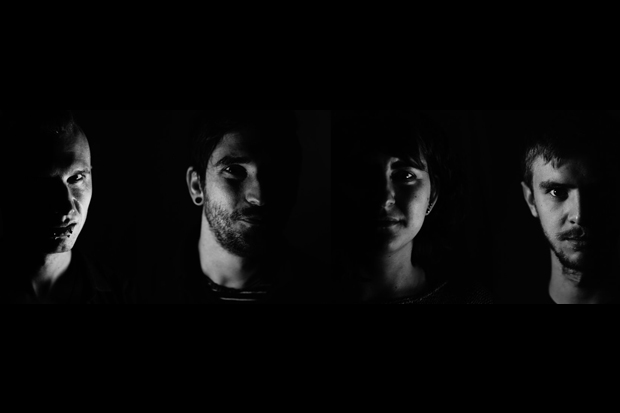