I’m a huge Aerosmith fan who believes the band have still “got it”, so it would be difficult for me to give a negative review to this live DVD which features many of their tried-and-tested classics. If it had been a concert made up entirely of their songs from this century, however, then I might find it a bit easier (2004’s “Honkin’ on Bobo” still sounds great, though). This time, a quick glance at the tracklist from this video of one of America’s top bands at one of Europe’s top venues reveals no real surprises. Most of the songs the average admirer would expect to hear are present and correct, although I personally wish they had found room for “Crazy,” “Falling in Love (Is Hard on the Knees)” and “What It Takes.” Still, you can’t have everything….

After some slow motion shots of Brad, Tom, Joe, Joey and Steven – and the expectant crowd – the band take to the stage, a bearded Tyler resplendent in a Red Indian headdress and dressed from head to toe in white, topped off with a colourful silk scarf – Perry alongside him in a black hat, black jacket, leather trousers and a red scarf. In many ways, these two have always been polar opposites. Without much ado, the rock legends launch into “Train Kept A-Rollin,” their 1974 cover of a blues standard. It’s a great opener and the energy these sixty-somethings instantly generate is as infectious as ever. A slew of their more commercially renowned tunes from their late 1980s, early 1990s return to prominence are up next including “Eat the Rich,” “Love in an Elevator,” “Cryin'” and “Livin’ on the Edge.”

Inserted somewhere between them is “Jaded” – from 2001’s Just Push Play – one of their best musical moments of the last 15 years. A touching moment during it comes when Tyler moves to the back of the stage and, taking her by surprise, sings to a smiling female technician crouching by one of the speakers. Rocks is considered one of Aerosmith’s finest albums and it’s represented here by the bluesy “Last Child” (Tyler mingles with fans in the front row while singing it). They immediately follow it up with the so-so “Freedom Fighter,” featuring Joe Perry on lead vocals, from 2012’s Music from Another Dimension.

The remainder of the show is a pleasant mixture of the old and the new(er), although I’m sure those who have followed the band since the early 1970s would have preferred to hear more tunes off Toys in the Attic, for example, than the mammoth worldwide smash “I Don’t Want to Miss a Thing” (that said, listening to the crowd sing along to one of rock’s most famous power ballads does make the hairs stand on end). As it stands, the only Toys In The Attic songs included here are the title track and “No More No More.” These masters of their art bring the gig to a close as one would expect with the likes of “Walk This Way,” “Dream On” and “Sweet Emotion” (where bass player Tom Hamilton takes centre stage), songs that have certainly stood the test of time.

This expertly produced reminder of what was a triumphant return to Donington in June 2014 does contain everything an Aerosmith fan – particularly one who favours their ’80s/’90s output – could want, although I can’t help but think it’s a shame they haven’t released better material in recent years, material that wouldn’t sound out of place alongside the classics. Come on guys, get back in the studio and make that killer album we know you’re still capable of making!

Check out the track “Walk This Way” here. 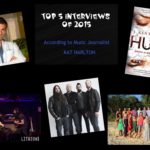 Top 5 Interviews Of 2015 According To Music Journalist Kat Harlton 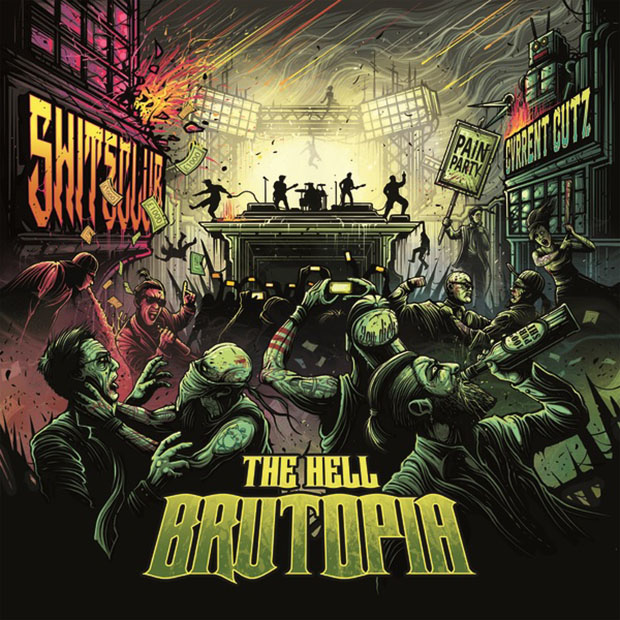