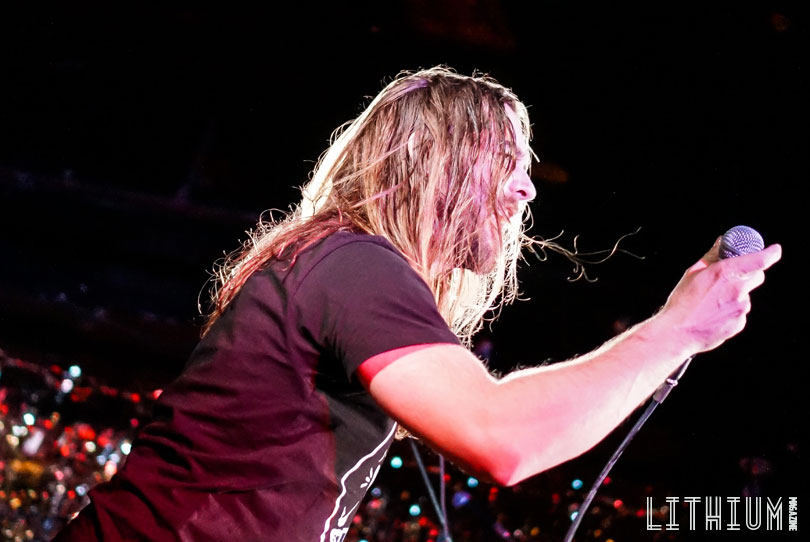 On Friday night Australian rockers The Lazys brought their brand of rock n’ roll to Toronto’s legendary Horseshoe Tavern, as part of their Black Rebel Tour in support of One Bad Son.

Loud, frenetic, and adrenaline fueled, The Lazys gave everything they had and in true rock form, left it all on the stage. Not once did the energy die, and it absolutely blew my mind that they have been giving this kind of performance every night for over the course of the week.

This is a band that feeds off audience energy, and the more the audience wanted it, the more the band gave. There were times I actually felt like it was starting to get dangerous and unpredictable, which is the moment I knew that,  if the band continues at this pace they are undeniably destined for rock stardom.

I seriously cannot say enough good things about the band and their performance.  They communicated well with each other and allowed each member their moment to shine.  If it wasn’t for their young age, I would swear they had been playing together for 25 years.  New drummer, Andy Neilsen who has played less then 20 shows at this point, was super tight. I was very impressed.

All I can say is that The Lazys are a band you absolutely NEED to see live.  I’ve seen them twice now, and can say without regret that they are one of the best live bands I’ve seen in my entire life (and as a music journalist, I’ve seen a LOT)

P.S:  If you plan on standing near the stage, I suggest you wear ear plugs 😉