Abhorrent Deformity is a brutal death metal quartet that hails from Kings Mountain, NC which, on October 30th, 2015, released their debut album, Entity of Malevolence, via Comatose Music. You can check out a full stream of their new release just below, but first check out what vocalist Mark de Gruchy and guitarist Jason Keating had to say about some of their tattoos!

When, where and what was your first tattoo?
Keating: I got my first tattoo on my 18th birthday at Anythings Possible in Mooresville, North Carolina. I didn’t know what I wanted at the time, but I knew I just had to have one. I found a demon skull in one of the flash displays I really liked and had it tattooed on the inner-part of my wrist.

de Gruchy: I got my first tattoo when I was 23, it was interesting in hindsight because I never thought I’d ever get a tattoo. It was a vampire on my upper right arm. As with a typical first tattoo, I didn’t like it and now I proudly have a tattoo of Satan praying covering up that sweet memory. Haha!

Do any of your tattoos have a particularly special meaning behind them? If so, do share man!
Keating: I’d have to say that the only tattoo I have of any meaning at all is the piece I’ve been sitting for recently. It’s a winged demon burning money in a furnace. The demon represents myself and I’m burning up all my money, basically. I would love to just burn all money. All of it. The artist doing the tattoo is Jake Thorsell, and he tattoos at Fu’s Custom Tattoos in Charlotte, North Carolina.

de Gruchy: Personally, I don’t think every tattoo has to have a direct meaning. I think people can just get stuff they like on them after all, no matter what it is – a tattoo is an artistic representation about oneself. With that said, I just got a lot of things I like tattooed on me. In hindsight, I think a lot of it fits with my personality and how I grasp things. If one would like to consider that a special meaning, then we can roll with that.

Do you have a specific shop or artist that you frequent (insert shameless plug time!)?
Keating: Not in particular. I’ve had my right arm worked on by 4 different artists. Jake Thorsell at Fu’s Custom Tattoos being one of them. He’s the one piecing it together to make a sleeve, and doing a hell of a job! He did the entire fore-arm sleeve, and the 2 headed snake sliding down the back of my arm.

de Gruchy: There is an artist I have a few pieces by. I love him like a brother, Chris Cox at Blood Sweat and Tears in Charlotte NC. Instagram link – ChrisCoxTattoos – He is a neo traditional artist, with a lot of comic book influence. Solid artist, good dude and fun to chat with.

Do you have any new tattoos planned or underway? Give us the dirt, dude!
de Gruchy: I have two gaps that are eating at me. My left ribs and this small gap between my chest piece and my stomach piece. I have no idea what I’m going to put in those areas but that’s okay. When it happens, it’ll be the right time. I do need to put some thought into it as I’m running out of realty. 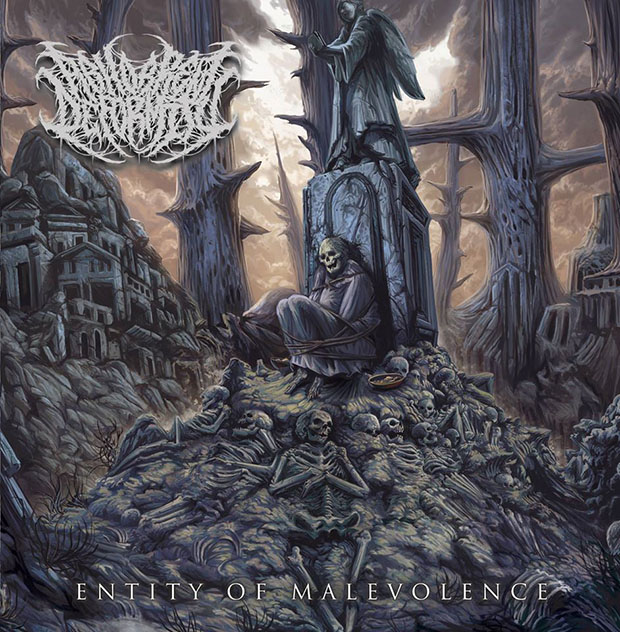 Have you seen any fans with a band tattoo, anything crazy memorable?
de Gruchy: I’ve only been in one band, where someone got a fan tattoo. It was cool but a little weird, just because I personally did not find meaning in the quote they chose. It was interesting to see them grasp a meaning in a quote that I overlooked. If we’re talking about seeing people with band tattoos in general. Nothing really pops out at me but dammit, I can’t lie, I love seeing people with the Alkaline Trio skull heart or the Bayside Bird. I know they are simple logos but I just love seeing them. Those or Danzig and Misfits skulls.

We know you have one… tell us about that stoned/drunken joke-tattoo you once got….
Keating: The one that sticks out the most is the one on my lower knuckles. I hate to say it, but I had it done at the house where my mom use to live. He did it with a needle, wrapped in thread, and dipped in this specific ink. I can’t remember the name of it. Sounds horrible, I know, but it was a stoned/drunk idea. It spells out CANNIBAL. Why? Cannibal Corpse. One day, I’ll be a corpse, so just “cannibal” should be enough.

Do you have any tattoos that you now hate, want to replace, or have covered up, and why?
de Gruchy: There is one tattoo I have that I really don’t care for. The person who did it, is a nice person and did their best. I just don’t care for it. I think it is poorly structured and very poorly executed. I don’t want to get it covered up just yet as I still enjoy it and it is fun to look at and think of decisions made – to put it in a very neutral frame since I am on good terms with the artist and believe in them.

Keating: I hate the Batboobs tattoo I did myself the same way after watching my friend do the “cannibal” on my fingers. (More stoned/drunk decisions) It’s the Batman symbol with boobs. I want to cover it up so bad, but only time will tell. I don’t usually get tattooed unless the idea is stuck in my head so bad, that it needs to happen.

Have you had anything covered up? If yes, what was it and why… we need details!
de Gruchy: I had my first tattoo covered. I think it is typical to have a tattoo you dislike being the first one since we’ve all had that first tattoo excitement. I had a tattoo of a vampire. To put it bluntly, I hated the design and I hated the quality of work it was. The person who tattooed it works in a shop… and they should be working under someone who could have apprenticed them properly. Flat out. Clearly, there is dislike in my text. I had 8 laser sessions on it, done by the lovely people at Vanish Ink in Charlotte. It is gone now due to the help of a talented artist. I’m super-happy with the cover-up. It is one of my favorite tattoos.

Have any tattoos that were painful. Like made you cry, see white light, and regret being born?
de Gruchy: All tattoos hurt to an extent. I want to throw that out there as if it weren’t common sense, haha. I had my feet/toes done and that wasn’t bad at all. People tend to make those seem MUCH worse than it really was. I have this neat traditional Dracula/victim tattoo done by Jeff Davis. (who now tattoos at Absolute in Charlotte.) I have a full stomach bat done by the super awesome Troy Johnson of Green Light tattoo, also in Charlotte. I love it. He’s a good dude and good artist. He was very kind to me on the price so I was like “LET’S GO BIG!” – the MOMENT he put down the stencil and the needle touched my skin. I was like “goddammit.” – I spent most of the 6-7? hours of that tattoo staring at his hand and just shaking my head like “ugh…why did I think this was a good idea?” – he kept checking to see if I was okay b/c I was shaking my head in disapproval. I was always like “yeah man, it just sucks” and would laugh. I do love that tattoo. One of my favorites. I wish it were more socially acceptable to show it off.

If you HAD to get someone’s face tattooed on you, whose would it be and why?
Keating: Darth Maul. No explanation needed.

de Gruchy: Elvis. No doubt in my mind. Bow to the king, that’s why!

Check out the album ‘Entity of Malevolence’ here. 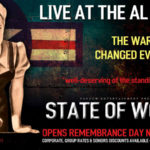 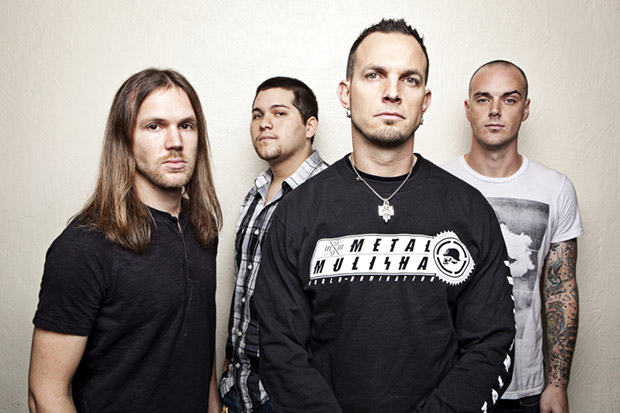