It takes a lot these days for a death metal album to stand out from the pack. However, if like Polish brutalists Lost Soul, you’ve been around the scene for a while, that tends not to really matter as, by this stage in your career, you should have an established fanbase who will lap up even the most unoriginal of albums.

Thankfully though, unoriginality isn’t an accusation you can level at Atlantis – The New Beginning an album which keeps you on your toes the moment opening track “Hypothelemus” explodes into life. Hailing from the hugely influential Polish death metal scene, it comes as no surprise to hear strains of fellow Polish headwreckers like Behemoth, Decapitated and Vader infiltrating the sound. Built upon a bed of ferocious technical riffing, Atlantis – The New Beginning is a brutal, complex album played out with venomous fury. Sonically breathtaking and musically devastating, Atlantis – The New Beginning takes the depth and darkness of fellow extremists Behemoth and fills it out with lashings of relentless technical riffs. On the downside though, as with most albums of this genre and especially those which don’t follow the standard three and a half minute song format, songs like Ravines Of Rapture which clock in at over 13 minutes, do start to become a test of stamina more than anything after a few songs.

So, if you can stomach your senses being mashed for over an hour by track after track of crushing, technical carnage, Atlantis – The New Beginning will tick all the boxes. At times mesmerizing, at times just simply crushing, it’s an album that, having taken six years to create, for fans of the band and the genre, will have been worth the wait.

Check out the track ‘Atlantis’ here. 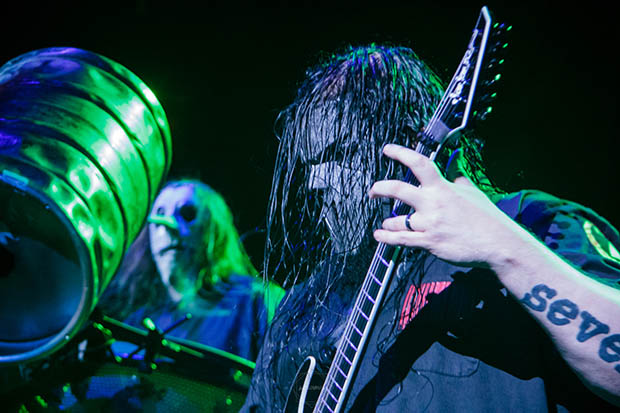