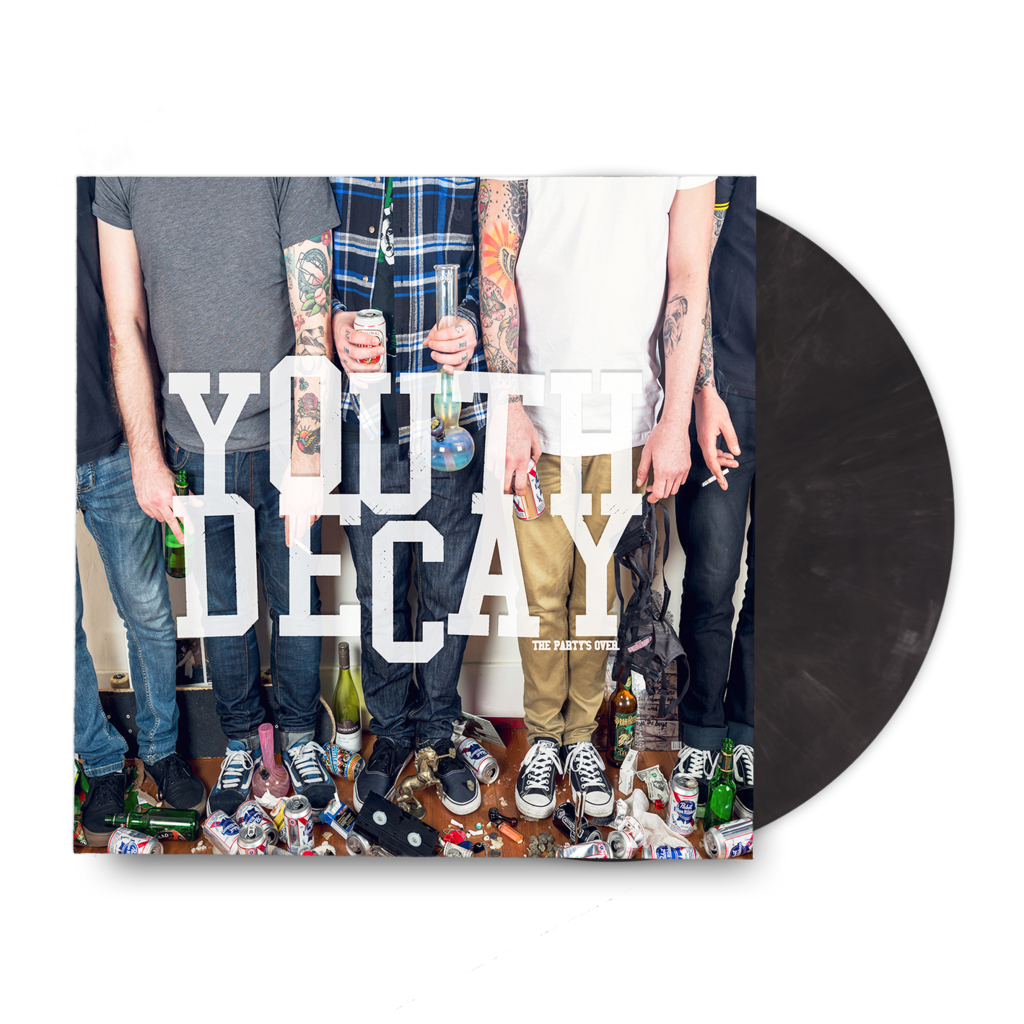 Take the catchy hooks found into today’s modern take on pop punk, slam them head first into a whirlwind of trashy punk, and Youth Decay’s debut album is what you get. The Party’s Over is yet another New Damage Records release that aims to prove that their stacked roster is nothing to mess with.

Youth Decay is made up members from notable punk acts such as Comeback Kid, Living With Lions, Daggermouth, The Grave Life and Carpenter, for what could be called a modern punk super group. The album has hints of where the members have been in their musical journeys and they all bring something special to the table.

Stu Mckillop’s vocal on The Party’s Over are ruthless and he hardly lets up as the album goes on. Bordering on straight up screaming with tons of melodic control, it’s a style that I can’t help but feel reeled in by. “Hysteria” is by far the shining example of this, but it’s songs like “Slow Clap,” “Short Fuse,” and “Pot vs, Kettle” that really put his heavier background on display. However, the title track on the album is where Mckillop fell off a bit for me, as the song was much more stripped down.

The instrumentation on this album is impeccable. Youth Decay really set them selves apart from similar punk acts today with the heaviness in their sound, without sacrificing any melodic clarity. The rhythms through out the album add much more punch then simply hammering through song after song. Guitarists Stuart Ross and Ben Gibbs are in full control on they release and their technicalities are hard to miss. “Waiting For Nothing” complements the bands abilities perfectly.

While Youth Decay’s members may not be new to the punk scene, the BC-based band is already making serious waves in their own right. The party may be over but the future looks very bright for Youth Decay.