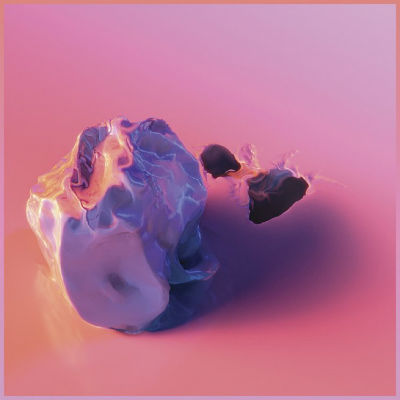 Montreal’s Young Galaxy‘s latest album isn’t much of a departure from their previous two outings. Falsework finds the band fully embracing the synth-pop sound that they have grown into over the course of three releases.

While the album doesn’t quite reach the same highs as their Polaris Prize nominated 2013 effort Ultramarine, they have still turned in a solid effort. The album’s 11 tracks have a bit more of a minimal feel to them, particularly the lead-off ‘Wear Out the Ground’.

The synth-pop of the 80’s is a major reference point for much of Falsework. ‘Factory Flaws’ is a shimmering piece of masterful pop that will doubtlessly make any long-time New Wave fans feel nostalgic.

Young Galaxy even turn in a couple dance floor-friendly numbers with ‘Body’ and ‘Little Wave’. The band shows they haven’t completely abandoned the indie/dream-pop of their self-titled debut. ‘Lean Into My Love’ finds them combining their early indie rock sound with their current synth-pop to great effect.

As always, singer Catherine McCandless’ powerhouse vocals are front and center. Whether she’s singing on one of the album’s more subdued songs such as ‘We’re No Good’ or bringing a passionate voice to tracks like ‘Factory Flaws’, McCandless has grown into a strong and confident singer over the course of five albums and this especially evident on Falsework.

Young Galaxy have crafted an album that is both retro and futuristic and has echoes of their past work. It’s yet another strong effort from a band that took the risk of redefining their sound and succeeded.

Stream ‘Factory Flaws’ for free below;