The latest release from former singer Michelle McAdorey isn’t much of a departure from the music she used to record with her former band.

Musically, it’s a bit more stark than Crash Vegas’ folk rock, particularly the title track and album lead-off.  It starts with a stark, lonely-sounding guitar along with McAdorey’s vocals before the gentle instruments kick in.

She once again showcases her story-telling lyrics on ‘Disappearing Things’; a song that was inspired by the plight of First Nation tribes living at Fort Chipewyan, an area affected by the Alberta oil sands.  The Western-sounding guitar also provide a glimpse of the country sound she adopts on several of the album’s nine tracks, for better or worse. It definitely shows that Blue Rodeo’s Greg Keelor had a hand in producing the album.

McAdorey showcases it to strong effect on ‘Two Tickets’; a lonely-sounding country ballad that sounds like it was tailor-made for a bar like The Horseshoe or the Dakota in her hometown of Toronto. She turns in an retro-sounding country pop number in ‘Leave the Main Road’, Unfortunately, it also provides Into Her Future with its’ weakest track as well, ‘The Remainder’, which she thankfully saves for last.

Fans of Crash Vegas lamenting the band’s demise can take solace in tracks like ‘Run Into Me’ and ‘Free and Ease’, both of which sound like outtakes from the band’s criminally underrated 1995 effort Aurora.

But, McAdorey forges her own sound on Into Her Future, much like she did on her previous solo outings, and the music that results is that much better for it.

Stream the album’s first single, ‘Disappearing Things’, for free below; 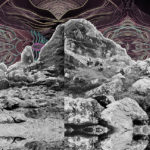 All Them Witches – Dying Surfer Meets His Maker – Review 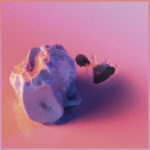