Toronto-via-Nashville country singer Lindi Ortega made a triumphant return to her hometown, playing to a capacity crowd at The Mod Club.

Towards the end of her set, she readily admitted to feeling nervous playing in front of a Toronto audience but they made her feel welcome. She recalled one of her first times playing the venue opening for Neverending White Lights and said she never thought she would play to such a large audience.

Toronto singer Sam Cash, minus his backing band The Romantic Dogs, kicked off the night with a nicely played set of both acoustic and plugged in roots-rock. Cash said he doesn’t play solo very often and expressed surprise that the crowd was being so quiet. His set also included a cover of Paul Simon’s ‘Graceland’ that he started over, apologizing that it was unprofessional to do so.

When the stage lights dropped and Lindi Ortega’s band came on stage, the anticipation was palpable. Ortega took to the stage after a brief pause before launching into ‘Run-Down Neighborhood’ from her new album Faded Gloryville.

She played tracks from her four albums, though it did lean heavily on the new album. Ortega turned in an extended take on ‘Dying of Another Broken Heart’ from her 2011 release Little Red Boots while she danced around the stage.

One audience member had been a regular at her gigs, in both Canada and North America, and she thanked him for his tireless support. ‘Heaven Has No Vacancy’ featured the first of many killer guitar solos. Throughout the set, Ortega showed off her commanding stage presence, singing with passion.

She dedicated ‘Angels’ to a dear friend. Ortega recounted the story of how the Jeff Bridges movie Crazy Heart inspired the title track from her new album when she asked if she could end up like Bridges’ character, a down on his luck country singer. She said her dreams had changed since she was a teenager, noting that it’s “Not the destination, it’s the journey.”

Ortega turned in a dramatic take on ‘Hard as This’. Sam Cash’s earlier comment about the audience being quiet and polite really came out during ‘Demons Don’t Get Me Down’, a barn burner of a country-rock song. When she said she was, “In the mood to get down!” before playing ‘Run Amuck’, the audience didn’t really seem to share her mood.

She wrapped up her set with her cover of The Bee Gees ‘You Don’t Know What It’s Like’ and engaged the audience in a call and response for ‘All These Cats’.

The far too short encore saw Ortega turn in covers of Janis Joplin’s ‘Mercedes Benz’ and finished the four song encore with a slowed down take on Johnny Cash’s ‘Ring of Fire’ that saw her throwing up the horns during a guitar solo.

When she left the stage, she said it has been a wonderful evening and thanked the audience for their support. 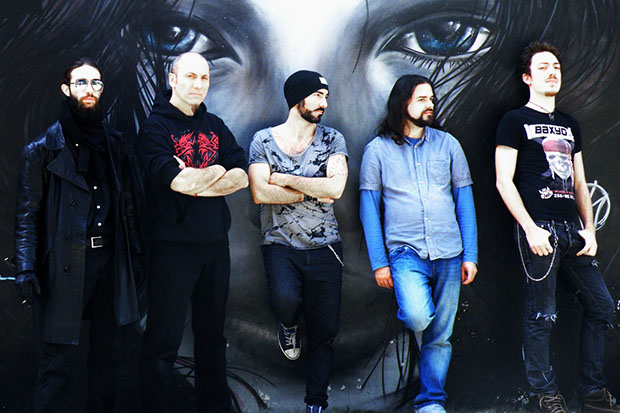 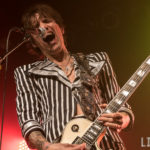 The Darkness with These Raven Skies – Photo Gallery – The Phoenix, Toronto – October 23, 2015