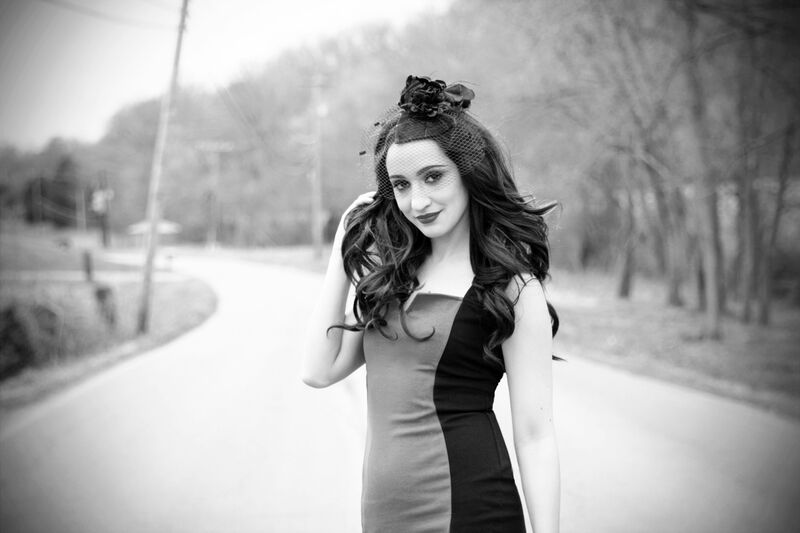 Toronto-via-Nashville singer Lindi Orgeta would like to clear up a misconception that’s going around about her new album Faded Gloryville.

Namely, just one song, the title track, was inspired by the 2009 movie Crazy Heart in which Jeff Bridges plays a down on his luck country singer.

“I happened to name my record after that one song so people sort of infer that the whole record is about the movie and that’s not the case at all,” Ortega says.

Watching the movie, including a scene where Bridges’ character, a former country music star, plays a bowling alley, she had a moment where she asked herself if she could end up that way with the ups and downs that many artists, especially independent ones, face in the music industry.

Ortega says this led to her think about the dreams she had when first started making music and how, “vastly different things have turned out”.

She drew inspiration from, “her life” for the rest of the songs on the album though she obviously did take some liberties with some of the songs, particularly a murder-ballad on Faded Gloryville.

While she may have used her life as inspiration for the album’s 10 tracks, she took a slightly different approach to producing; namely she enlisted the aid of four producers; Dave Cobb, fellow Canadian Colin Linden and John Paul White from The Civil Wars and Ben Tanner of Alabama Shakes.

She had worked with Cobb and Linden in the past, Cobb helmed the boards for her album Tin Star and Linden produced her Polaris Prize long listed 2012 effort Cigarettes & Truck Stops.

Ortega readily admits that working with four producers was different. Seeing the way that different people tackled her songs made for an interesting experience; seeing their methods and went into the sessions.

Working with four different producers was not her decision initially; her management company put forth the proposal.

“I was very hesitant at first,” Ortega admits. “I wasn’t fully onboard; I was worried about consistency and cohesion. I sat with it for a bit and thought about it for a bit. And then I realized that there are some other records that I like that have (several) different producers and it’s something that can work.”

It was also something she hadn’t tried before so she thought it was worth a try.

All the recording sessions were interesting in different ways according to Ortega. She enjoyed the experience of going to Alabama to record. Absorbing the Muscle Shoals vibe and history made for an interesting experience.

Working with different producers in the back-to-back sessions meant that she and her bandmates had to switch gears mentally quickly. Despite this, she says the experience was exciting.

Though Ortega says she wouldn’t rule out doing something similar on future releases, she admits that there’s something to be said for working with one producer.

“I really liked working with John Paul White and Ben Tanner,” she says. “It would be cool to do a whole record with them, possibly, in the future.”

Ortega made the move from Toronto to Nashville, a Mecca for country artists, close to four years ago. The city still runs on mainstream country and the city’s famous Music Row has a big presence as well. But there still a vibrant scene just below the glitzy surface according to Ortega.

“(There’s) definitely a work ethic there that’s super-admirable and inspiring,” she says.

Since moving to the city, Ortega says that it’s a city that inspires her to want to keep working. When she was in Toronto, she says she would have a tendency to, “Sit in my onesie and eat Cheerios all day and watch Netflix forever.”

“When you come back to a city where everyone’s constantly working and there’s always stuff going on, it inspires you to keep writing and creating and doing stuff,” she says. “I think it’s inspired me to work harder.”

Her current tour is in its early days so she’s still figuring out what she has planned for her gig at the Mod Club in Toronto on October 24. Ortega was still in the process of getting back into the touring mindset when Lithium caught up with her.

“I love the Mod Club!” she says. “It’s one of my favorite venues in all of Toronto and I’ve had wonderful, wonderful experiences playing there and opening for people there and seeing concerts there so I’m really genuinely looking forward to that.”

“Who knows! Maybe if there’s some musician friends in town they’ll stop by and we’ll collaborate,” Ortega adds.