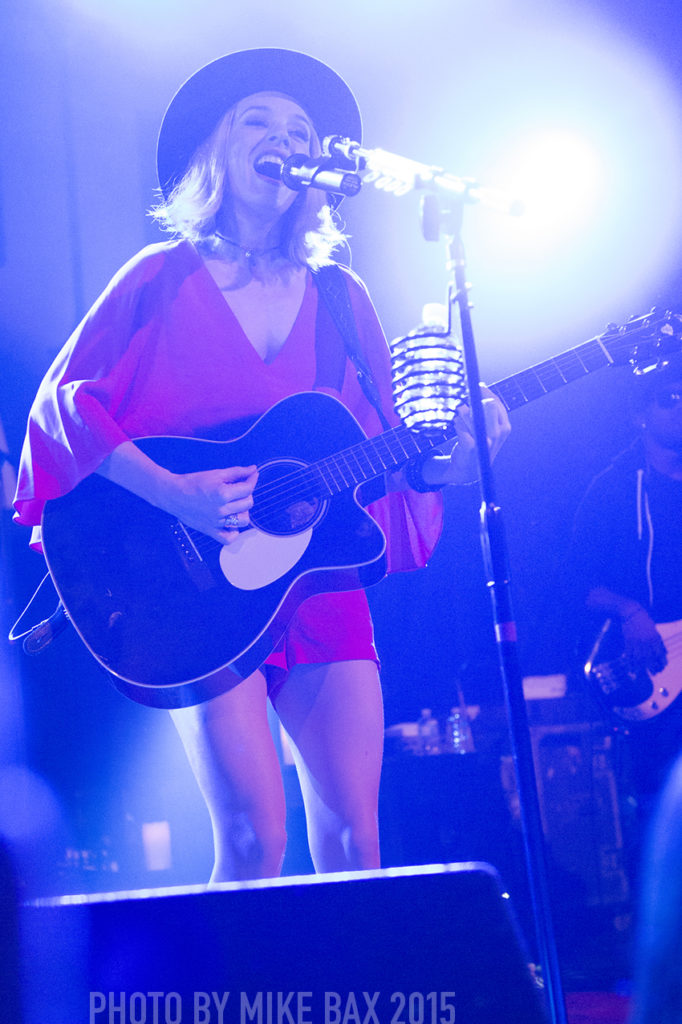 ZZ Ward (ZZ being short for Zsuzsanna) performed this past Tuesday in Toronto, as the only Canadian date on her current fall tour to hype her upcoming album, This Means War (early 2016).   As part of the show she delivered tracks from the advance released EP, Love And War which features four excellent songs to be included on the full-length, and Ward performed them all for us on this evening.

Ward (29) has been immersed in music for over 20 years, and started at the age of 12 by playing the blues with her father. Utilizing elements of gospel, blues, hip hop and soul, Ward’s material mixes these genres with modern influences. Subsequently, her music is appealing to a myriad of fans, as indicated by the audience at this show.

Sporting a wispy red outfit, black pumps and a fedora, Ward looked striking as she strutted her way through material from her internet released mix-tape, debut album, and new EP. Backed by a drummer, bassist and guitarist, Ward stuck to centre stage, and performed the mid-section of her set propped on a simple chair in an acoustic fashion. She thanked the audience for showing up, admitting that she ‘disappeared’ for a year to write a new album, and wasn’t sure if anyone would remember her. But if there’s one thing for sure about Ward’s material, it’s that you’ll remember it. She weaves a magical spell as a musician and her performance this evening easily showed this off.

Ward described ‘Charlie Ain’t Home’ as her answer to Etta James’ ‘Waiting For Charlie (To Come Home)’, a song she labelled as one of her all-time favourites. ‘Marry Well’, ‘Lonely’, ‘Criminal’ and ‘Til the Casket Drops’ were among some of the other songs included in this evening’s set list, all of which were delivered in delicious fashion as she commanded the stage, kneeling a few times in front of the crowd to shake hands as she sang.

This was a great show. Ward is well worth seeing live. When she comes back around after the release of This Means War, do make sure to get out to see her perform. You’ll love her stage presence.