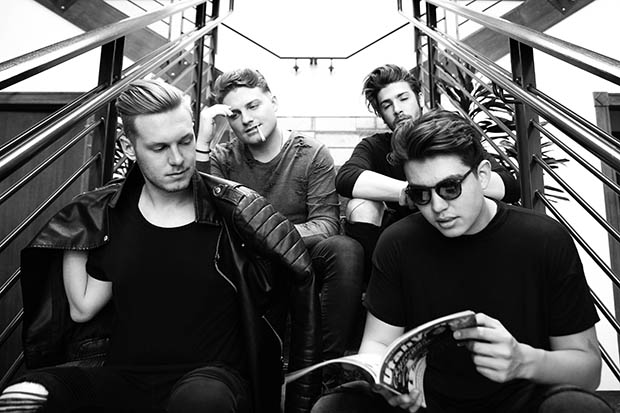 The CMDWN – “For The Last Time” [YouTube Song Stream]

The Skinny: Provo’s genre-bending rock band The CMDWN made their debut with their Neighbourhood-influenced dark-R&B-meets-metal vibe in their single “This High” earlier this summer, introducing fans to their new style and sound. Today, The band has released their newest single, “For The Last Time,” along with an irresistibly sexy background video to enjoy while listening.

The song sets a seductive vibe and is about finding the person that is realistically “The One,” as pronounced in the chorus, “I’m falling in love, for the last time,” creating a smooth rock ballad to add to your “date night” playlist. Here is what the band had to say about the track: “‘For The Last Time’ is a perfect representation of the newer influences we are bringing into our hardcore roots. The song focuses on finding the right one later in life, rather than the first love or a fleeting one. At the same time, it can have a duality in it’s meaning, of falling into a life-long habit. Love, or otherwise…”