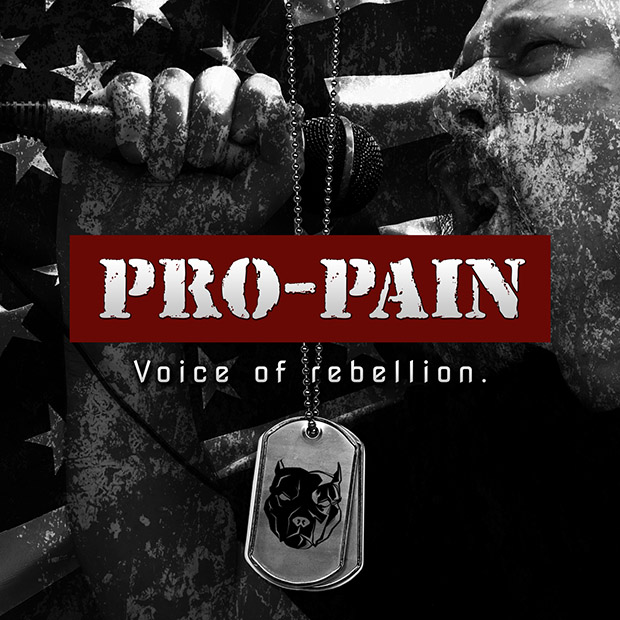 Pro-Pain are one of those hardcore bands to which I have never really warmed. Having been around since the ’90s, they’re a group who’ve been on my radar plenty of times but have never done anything to really make me stop what I’m doing and give them further investigation. The thing is, I can’t put my finger on what it is because, as I sit here soaking in the aggro-core on their latest album, they don’t actually do anything wrong.

Listening to frontman Gary Meskill snarl “same shit, different day” on “Souls On Fire,” he’s managed to sum up Voice Of Rebellion in a single four-word lyric. Bullish, chuggy, metallic hardcore, Voice Of Rebellion is more of that same old same from the New York veterans. Brimming with anger, tracks like “Take It To The Grave,” “Enraged” and “Cognitive Dissonance” are three minute cocktails of repetitive hardcore riffs, bouncy mosh-pit grooves, and pissed-off lyrics. It’s nothing you haven’t heard on thousands of metallic hardcore albums by thousands of other metallic hardcore bands. It’s also nothing you won’t have heard on any other Pro-Pain album.

As I said in earlier on though, there is fundamentally nothing wrong with what Pro-Pain do and that’s definitely the case with Voice Of Rebellion, it’s just that for all the huffing and puffing the band do, and all that chest-beating masculinity on display throughout this album, Voice Of Rebellion left me with that familiar empty feeling I’ve always had listening to Pro-Pain albums.

Check out “Voice Of Rebellion” live at Antwerp Metal Fest 2015.