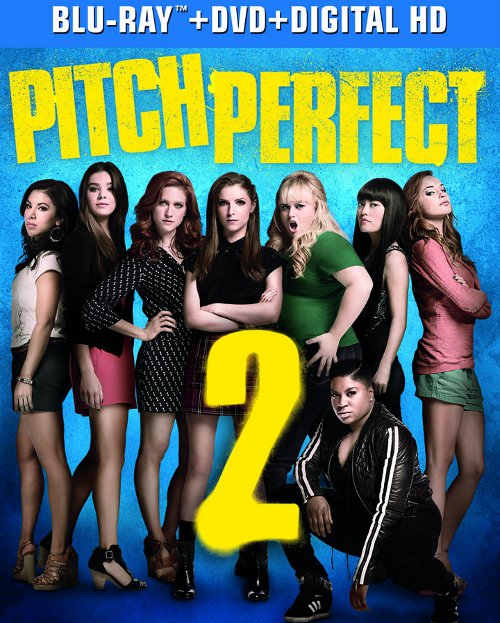 After the surprising success from the first film, the leading female cast from Pitch Perfect has returned for the sequel, Pitch Perfect 2.

Anna Kendrick, Brittany Snow, Rebel Wilson and many other fan favourites are back for more singing, dancing, and your aca-obvious hilarious one-liners. This time around, the film fast forwards three years, where the once freshman Barden University Bella’s are in their senior year and the reigning three-time national champions of a’cappella music.

Now, it may seem like the Bella’s are in tune, but when a performance so scandalous ruins their reputation, the girls enter an international competition that no American group has ever won. In other words, it’ll help them regain their status and the right to perform. By adding new recruit Emily Junk, played by Hailee Steinfeld, the girls must harmonize their way back to the top, while balancing their personal lives and trying to defeat the German champions, Das Sound Machine.

What may seem like another fun-filled film, Pitch Perfect 2 has its laugh-out-loud moments, but the story line finds the audience scattered between different perspectives. Of course, the film focuses on the Bellas working their way back to the top, however, parts of it would focus on Emily’s journey to becoming a Bella, who I think was the most annoying character of the entire film, or Beca (played by Anna Kendrick) secretly working for a recording studio. On top of that, they add another love story in the mix. It just felt like they were trying to quickly put everything together in the hour and 55-minute run time.

With the newly released film coming to Blu-Ray and DVD, the combo pack will provide even more fun for fans in the form of extra bonus material, as well as a Digital HD copy to put straight into their mobile devices. Included are deleted/extended/alternate scenes, a gag reel, interviews with the Bellas and director Elizabeth Banks, and behind the scene footage of making the most memorable scenes from the film. Unfortunately, there happens to be no explanation from Anna Kendrick as to why her character’s cherry blossom tattoos from the first film are no longer on her back for the second.

If you want to sing along and dance to the new songs from Pitch Perfect 2, you can own it on Blu-Ray/DVD combo pack when it’s released in stores on September 22nd.