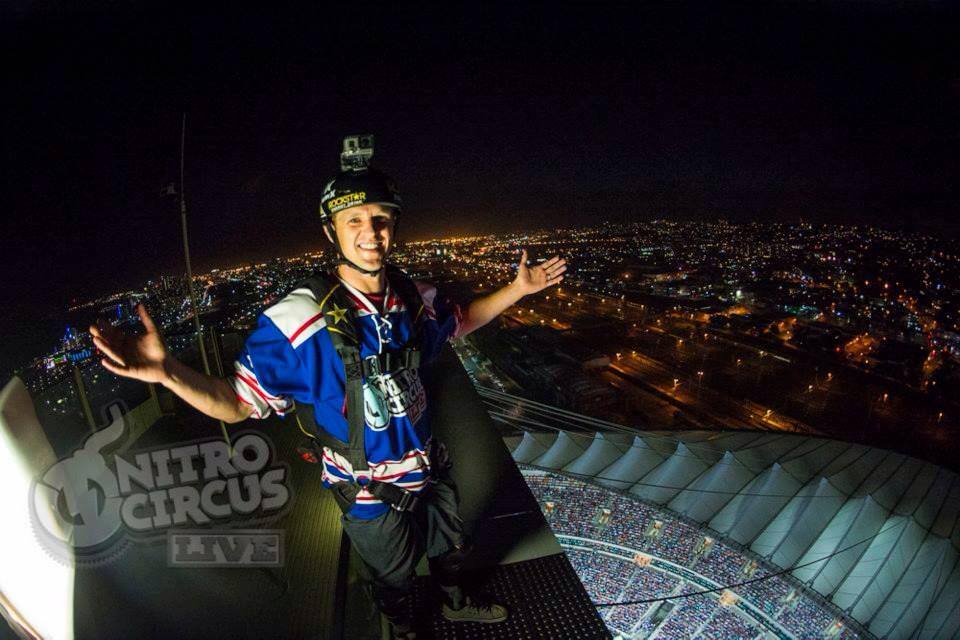 Last Updated: September 30, 9:39am: The Inertia Mountain has released a video interview of a teary Travis Pastrana opening up about the loss of his best friend. It is also suggested that the Nitro Circus Live show will go on.

It is with an extremely heavy heart that we announce the sudden passing of one of the original and most revered members of the Nitro Circus team, Erik Roner, yesterday morning.

Lithium Magazine was scheduled to launch a two week promotional series today in anticipation of the upcoming Nitro Circus Live cross-Canada tour; however, we would instead like to take this time to send our deepest condolences to Erik’s family and to the Nitro Circus team for their shocking and tragic loss.

According to the official statement, team leader and founder Travis Pastrana said yesterday:

“Erik was an amazing person who made everyone and everything around him better. His smile, laughter and personality will be missed by everyone at Nitro Circus. Most importantly he has a beautiful wife and amazing kids that will miss him dearly. He is gone… But will never be forgotten.”

The statement reports that Erik, who was performing with a 3-man parachute team for the opening ceremony of a celebrity golf tournament in Squaw Valley, California, missed his drop zone target Tuesday morning and hit a large tree. He was pronounced dead in hospital.

Read the full statement on the Nitro Circus website.

Erik was a world renowned ski-BASE jumper and resided in Tahoe City with his wife and two young children. A fund has been started to support his family, which also includes a message board for fans to leave kind words for his wife, Annika, and two sons, Oskar (5) and Kasper (17 months)

At this time, the status of the Nitro Circus Live tour remains unchanged. We will provide updates as they occur and, in the meantime, urge our readers to send their love to the Roner and Nitro Circus families.