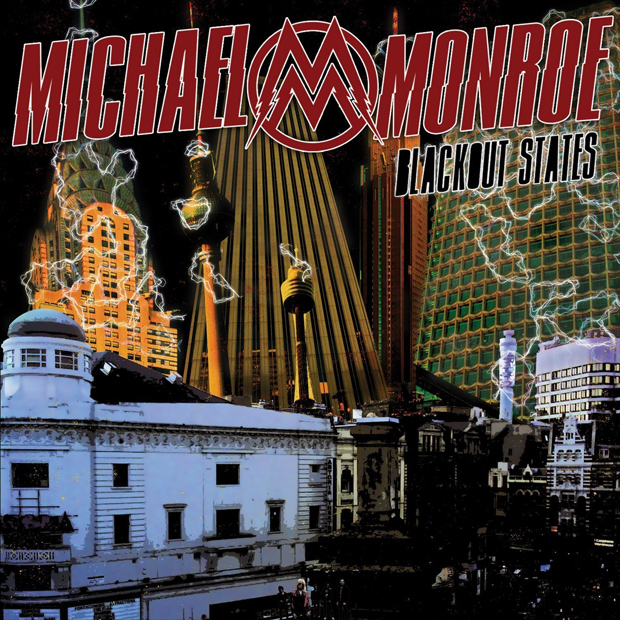 Ah, yet another surprise disc from an artist I have been listening to for more than 30 years. For those who are not aware, Michael Monroe was the frontman for what might very well have been one of the most important rock and roll acts to come out of the late 70’s and early 80’s. Without Hanoi Rocks music would never have hit what I consider to be the all-time pinnacle of the sleaze/glam metal heyday in the mid 80’s. Hanoi Rocks set the stage for the golden years of glam.

Since their demise Monroe has been carrying the torch for all things glam and sleaze with help of is ex-Hanoi Rocks bassist Sami Yaffa. Melding a unique style of The New York Dolls with the aggression and edginess of Motorhead that I find oh so sweet. Monroe has cultivated a sound all his own and this is ever so evident on his new album Blackout States. ‘This Ain’t No Love Song’ kicks things off in typical Monroe fashion, dripping with sleaze and loaded with swagger and I was sold hook, line and sinker. The rest of the record is exactly what I would have expected from Monroe – a raw, riotous, romp that will have your hips swaying to the beat while the catchy hooks burrow into your brain.

Music has a magical way of instantly tranporting you back to a period in time when you first heard it, and this album did that for me. Even though this is not Hanoi Rocks, it really does still sound a lot like them so much so that, by the time the second song was finishing, I felt almost like I was back to my early high school days. Don’t get the wrong idea though because this is not dated by any means. Think of it more like a fine wine – it never expires, it just gets better with time and the sound these guys have cultivated is just as relevent as it ever was.