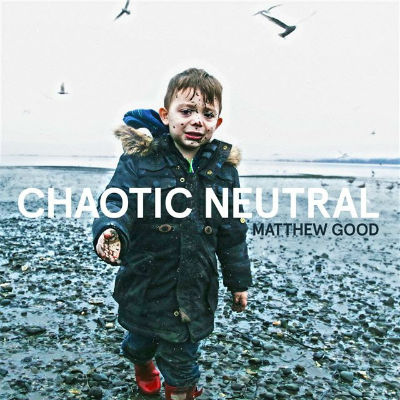 Matthew Good’s influence has long been felt in the Canadian music scope, a career spanning twenty years, spanning genres and spanning the globe. Now, on the heels of celebrating this two decade career accomplishment, his latest solo record entitled “Chaotic Neutral,” will see the light of day through Warner Music Canada, his first in this new partnership.

Two years ago, Good released Arrows of Desire, a record wrought with upbeat rock anthems in the vein of the Pixies and other influences. The record before that, 2009’s Lights of Endangered Species, saw Good at his most experimental, introducing movement type songs and incorporating horns, brass and extravagant compositions. Somewhere in between listeners will find Good’s range on Chaotic Neutral.

The first single, “All You Sons and Daughters,” was a hold back from years ago that Good could not, or would not put to bed. Some re-working and brought it back to life on this record, featuring what many fans have come to expect, Good’s patented vibrato vocal with lead lines and big drum fills to support. From here though, the record expands to several areas, from the ‘standard’ rock track, to more of the movement oriented ballads, to acoustic driven songs of hope such as “Moment.” Inspired by a fan’s struggles with mental illness and driven by Good’s own beliefs and activism in such a cause, tossing away the dour stigmas and clinging to the positives.

“Harridan” acts as an example of Good’s rock roots expanded on with more instrumentation. As with many of the tracks on this album, piano drives much of this track but it features those classic guitar swells and solos that long time fans come to expect. There’s also plenty of dynamics at work in the song, making it almost a roller coaster of sounds, from solo piano to driving drums.

In the middle of the record there’s the one-two punch of “Cold Water,” and Good’s homage to Kate Bush’s “Cloudbusting.” The first being driven by a somewhat jazzy drum track and sparse piano, “Cold Water” is a highlight of the frailty and vulnerability in Good’s vocal, particularly his falsetto. The track’s emotional impact reaches full effect with a chorus comprised of quiet piano chords and swimming vocal harmonies that surround Good’s lyric, “This cold water is weighing us down, oh how I wish I was with you and nowhere else.” Immediately following is “Cloudbusting,” which features Holly McNarland. Good has noted the track’s importance to himself and that he respects Kate Bush’s work immensely, tip toeing when considering adding the track to the record. This cover is a huge success, one of the stand out tracks on the album and personally one of the best covers in quite a long time. The duet type of performance from Good and McNarland is nothing short of beautiful and complimentary.

The record ends with a haunting acoustic track, “Los Alamos,” reminiscent of some of Good’s more moody and sparse tracks from “Hospital Music,” or “Loser Anthems.” This track is one that can really dig to the heart strings of the listener and bury itself deep.

Overall, this is another great piece in Good’s catalogue and perhaps his best in years. “Chaotic Neutral” collectively spans the genres and styles he’s dabbled in as of late and merging them together to create a piece of art that can go from jumping, fist pumping rock anthems to inward, introspective gut checks.