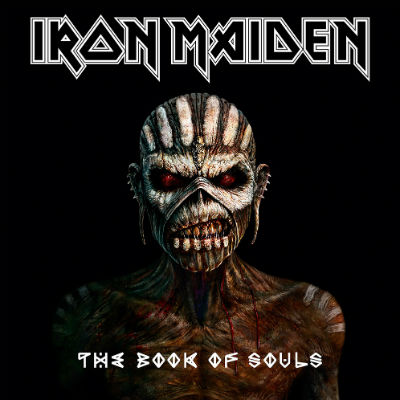 In the world of heavy metal, only an elite league of bands can come close to rivaling the influence of Iron Maiden.  With three decades of establishing themselves as a world class metal act, it’s almost impossible to think of the genre without them. Now that Bruce Dickinson has beaten his battle with cancer, the band has returned with a vengeance by unleashing their searing new album The Book of Souls. The band’s sixteenth record explodes through headphones like a heat seeking missile, and showcases some of their most epic songwriting since 2003’s Dance of Death.

The roaring opening track “The Great Unknown” has the band returning true to form with Dickinson’s soaring vocals and high-flying guitar harmonies in full force. “Speed of Light” brandishes riffs that hit like a mouthful of brass knuckles. Bassist Steve Harris proves he hasn’t lost his touch considering he alone wrote the gargantuan orchestration and masterful structure on the thirteen and a half minute track “The Red and The Black”.

The album focuses on the concept of death, and each track approaches the subject from a different perspective. The story is mostly told from the viewpoint of the character Necropolis, the Harvester of Souls.  His spirit orbits the Earth, consuming the essence of all life through war, disease, natural disasters, murder and more. The concept incorporates other more tangible characters as well, considering the inclusion of the heartfelt song of Robin Williams entitled “Tears of a Clown,” as Dickinson admitted in recent interviews.

The Book of Souls easily stacks up on a track for track basis as one of the best metal albums of 2015, right next to Bad Magic by the equally legendary heavy metal outlaws in Motörhead. Given that Dickinson’s recent brush with death due to his battle with cancer, it’s no surprise the band has created their most intensely intricate album in over a decade, with a focus on the essence of life.

With this album, Iron Maiden demonstrates once again that they are masters of their craft as they continue to crank out some of the most epic metal in the world.