Television Rd has been sweating it out all summer, suffering from bruxism at night, and dreaming of high tides over Vision Hill. Why you ask? The anticipation and preparation for their upcoming CD release at the Red Dog on October 2nd (189 Hunter St. W – with The Holy Gasp and Watershed Hour). This TV Party will give you a healthy dose of jazzy-synthezier-infused-pseudo ’80s- genre fluid post-punk rock n’ roll. In the meantime, read our interview with Sara “Sticky Sweet” Ostrowska and Daniel Collins to figure out who the fuck these weirdos are.

Who is Television Rd, and how long have they been alive?
Ostrowska: Our CD release will mark 2 years! Dan, Duncan, and Dan Mcnally were already jamming. Duncan moved to Peterborough and joined the band by virtue of being Jay’s brother. Dan asked me to be in the band because he liked my radio voice.

Collins: She had an interesting personality, and I knew her voice from the radio. I suspected she would be a good singer.

So you hadn’t heard her sing when you asked her to audition?
Ostrowska: We were at the Sapphire Lounge for a Trent Philosophy Society party. My friend started singing “Hey Jude” when Dan asked if I knew how to sing.

Collins: There were some red lights…

Ostrowska: Yeah, then he turned to me and asked if I wanted to audition with the band. No one knew I sang, so it kind of came out of nowhere. I only knew Dan as the person who had their Trent Radio show after me.

What’s it like having brothers in the band?
Collins:It’s pretty funny. They’re funny people. They usually team up, which is good because Sara and I team up a lot.

Ostrowska: They also don’t team up, they also fight each other. One will accuse the other of playing something wrong or out of tune. It’s cute. 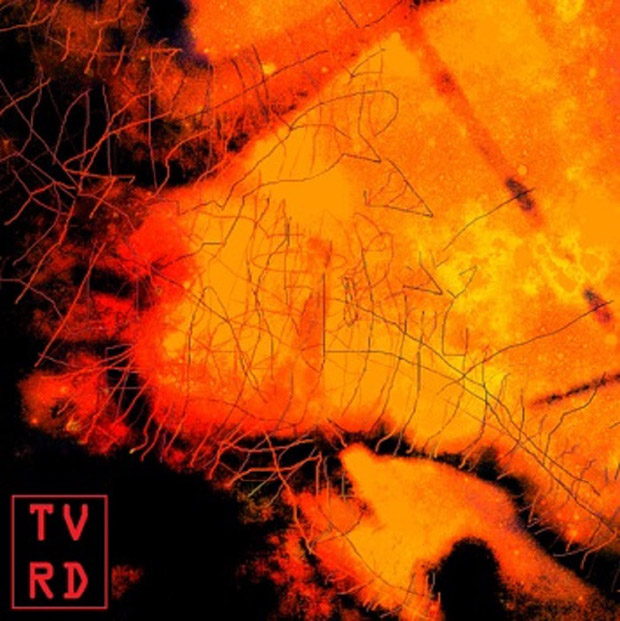 Why the name Television Rd?
Collins:We like the neutrality of the name, like it could be any kind of music. We’re all from out of town and had to take that road to come to Peterborough. Jay randomly just said, “Hey, Television Rd, that would be a great band name.” It came out of nowhere.

How do guys feel about Jay (the bassist) leaving the band?
Ostrowska: Very, very sad. But he’s not gone yet! In the meantime, we are training our housemate Doug. We’re teaching him how to play bass in general, actually. Haha. Dan Collins plays keyboard live, but bass was his first instrument. So him and Doug have been working together a lot. It’s going well!

What have you been up to this summer?
Collins: Writing, and dwelling on things.

About?
Ostrowska: About how sad we are, and how happy we would be if we weren’t in the band… We’ve been working on this new album.

Ostrowska: We also played a few out of town gigs, which we largely haven’t done. Toronto and Guelph.

Which one did you like better?
Ostrowska: The Guelph Backwoods Festival.

Collins: No one was sad at that festival. Everyone was happy even though it was raining.

Ostrowska: Also, I ate a bunch of Baba Ghanoush with weed in it.

Sara, your vocal style is very versatile. What does this reflect?
Ostrowska: I like to be theatrical and expressive with vocals. I want a note to sound like I’m being cheeky, or to sound like I’m putting on my “guy” voice. I try to use my voice as an instrument. And I have some pretty diverse influences, from jazz to punk.

So, Dan. You’re the primary lyricist. How does it work?
Collins: We collaborated a lot on this last album. Sara wrote the lyrics for “Vision Hill” and the music and lyrics of “Lavender Town” (minus Erin McLaughlin’s spoken word poetry). Sara and I collaborated on all the other songs, except for “Sweat It Out,” which Jay wrote.

Ostrowska: You did “Bruxism” and most of “The Squares” though.

What does Bruxism mean?
Ostrowska: Involuntary teeth grinding. The song talks about speed. Haha, one of our two drug-related songs. I swear we’re very responsible people. “Sweat it Out” is about dancing and coming down from drugs.

Ostrowska: I think the people who really like “Nausea” just really like to experience life to the fullest, and everyone else just doesn’t know what’s going on.

Collins: Walking down the street. Going to the store, going to school. Being nauseous. 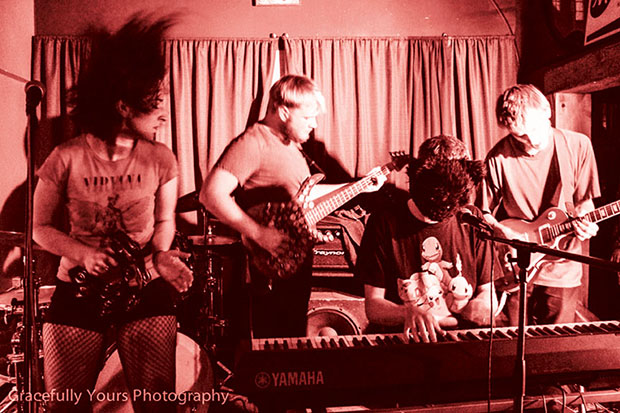 Is that why I do that?!
Collins: You probably want somebody sexy to love you. (lyrics to the fan-favourite “Commodity Song”)

How does the band explore love, and sexuality through music?
Collins: 6 of the 9 songs off this album has to do with this topic. I think sex has been perverted by society, and the internet. It’s a serious, and important thing, but it’s abused and misunderstood.

Ostrowska: I think a lot of songs that do deal with sexuality are from a dark angle, with the exception of “Lavender Town,” which is more of an optimistic, summery, loving life even when it sucks, kind of song. Television Rd is a pretty sexually open band. We’re all into some pretty kinky stuff. Ok, we’re disgusting.

I’m aware that you guys have all seen each other naked. Who has the biggest bush?
Collins: Ok, we haven’t seen Dan Mcnally or Jay naked. But we have seen McNally’s bush, it’s wild. Like you could braid it.

Ostrowska: I actually saw McNally’s balls. Only one though, on the bathroom floor. He probably forgot that happened, but I remember. Dan Collins surprisingly has a very tame bush.

Ostrowska: Okay, to answer your question, I have the biggest bush. I’m pretty proud of my Persian rug.

What do you guys think about Pride?
Ostrowska: It’s like Wonderbread – sustenance at best. A lot of people eat it, but there’s a demand for something better.

Collins: The elements of it being corporate don’t really matter here (in Peterborough) because it’s a little different here. Fewer drawbacks.

What do you want people to take away from your music?
Collins: We want to get into their heads like, this is you. You are the music.

Ostrowska: We want people to get weird.

Collins: We also want people to chill out.

Ostrowska: But we want them to pipe the fuck up.

Collins: It’s an emotional landscape… It doesn’t necessarily mean you’re going crazy, but you could go crazy if that’s what you need to do. It’s supposed to wash over you. Waves washing over you. You’re wet, and kind of sticky.

Collins: But one shower, and you’re not going to be sticky anymore!

So what’s the story behind “Vision Hill (Nogojiwanong)”?
Ostrowska: “Vision Hill” has a really interesting story. It’s based off a story that John Muir from Trent Radio told me. The hill, or I guess, the highest point of Television Rd is called Vision Hill. Well now it’s called Television Hill. Anyway, it is rumoured that the CHEX TV towers were originally built on an Indigenous burial ground, or sacred site at the very least. Then we found out that there are other areas in Peterborough that are rumoured to be built on top of burial grounds.

Collins: But we still vote Big Blue because we like stability, temperance, and we don’t want the country to turn into a big Kumbaya session. (sarcasm)

You’re starting to get known for your high-energy live shows… but I must ask! What can people expect when they come to see Television Rd play?
Collins: Allow us to take you on a psychedelic journey to the pit of your tortured soul. Lose your mind and let your faces melt, while we bombard you with new sonic textures and hysteria!