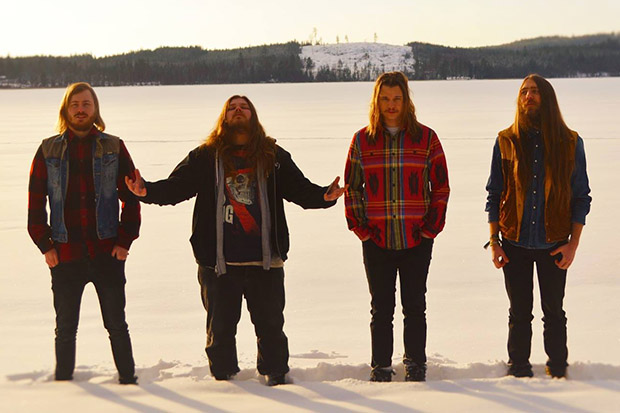 Sweden fuzz rock/doom band, Skraeckoedlan, recently released their awesome album Sagor on vinyl via Razzia Records. The group has been receiving quite the buzz as of late so we decided to chat with bassist Tim Ångström about the gear he uses to get his sound.

What one piece of gear do you use to obtain your signature sound?
Ångström: For now it’s surely the ProCo RAT Vintage RI which has been serving me very well the latest year or so.

What about it makes it so important to you?
Ångström: For some reason it works very well with every bass and amp I’ve tried it through. When you hit that sweet spot it really sends shivers down your spine. I’m also a very dynamic player and I feel like it responds to my playing the way I want it to.

How was this gear used during the recording of your latest album?
Ångström: It wasn’t at all actually, haha. We tried all kinds of distortions and fuzzes but not the RAT unfortunately. However, the sound on the album is very reminiscent of the classic RAT tone which made me get one in the first place. 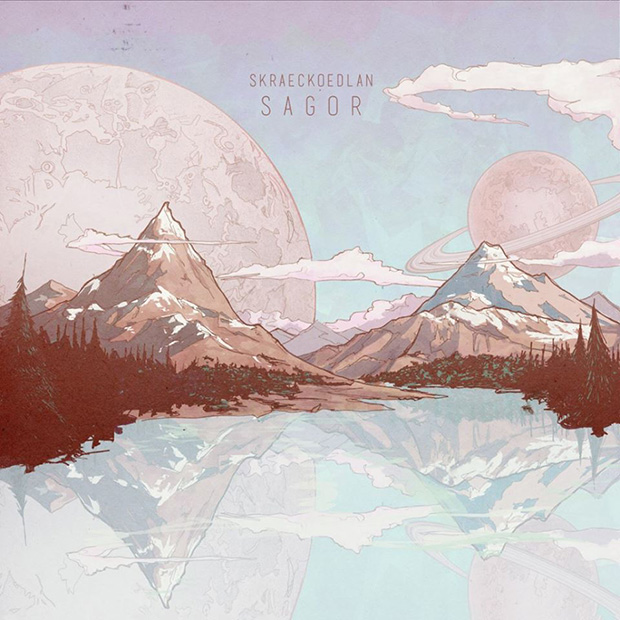 How do you recreate your album (guitar/vocal/bass) tones in your live set?
Ångström: Live I use my trusty Fender American Jazz Bass ’11 through an Orange Terror Bass 1000 and an Orange OBC810 cabinet. I’ve been an Orange user quite a while, starting off with the AD200B Mk. III. However I wanted something a bit lighter and easier to haul to shows thus I gave the Terror Bass a chance. I’m just about to replace it with the OB1-500 though.

My pedalboard is a Pedaltrain Two and the pedals consist of a TC Electronic PolyTune Noir, Tech 21 VT Bass DI, MXR M288 Bass Octave Deluxe, Boss LS-2 with the ProCo RAT Vintage RI, MXR GT-OD and Boss GEB-7 in the loop, Boss CH-1, TC Electronic HOF Mini and the Wren&Cuff Phat Phuk B. I strictly use the LS-2 as a clean blend, keeping some of that oompf and low end lost using guitar pedals. The VT Bass DI is only for FoH, and I use it to send some sub bass via the DI. Basically no attack or string tone, only sub, hehe.

What are the major pros and cons?
Ångström: The only con I can think about is when playing smaller stages it kind of gets a bit too much and complicated for what’s necessary. Otherwise, all pros!

Do you have a backup for this gear, if so, what?
Ångström: I do always carry a spare bass (usually just a Squier CV ’60s Jazz Bass) and extra cables but that’s about it. If something breaks I don’t really mind. Let’s just see it as a part of the show. 🙂

How long have you had it, how do you use it, would you ever change it?
Ångström: I’m not really sure if there’s anything in my lineup that I couldn’t change. I’m always on the hunt after new sounds and experiences. Of course some of the stuff have sentimental value, but not that much that I’d keep it if I found something better.

Give us your best “gear goes wrong” story.
Ångström: We usually never do unplugged and acoustic sets, but once we actually did. It felt awkward from the beginning to the end and if that wasn’t enough, on the very confined space we were playing, our drummer accidentally hit the power socket on the floor leaving me with a dead bass amp. Silence deluxe until I realized what was wrong.

Any final thoughts or comments on the gear?
Ångström: My gear always changes and if you ask me in a couple months there most like will be something new in my roster. Gear is fun!

Check out the song “Flod” here.