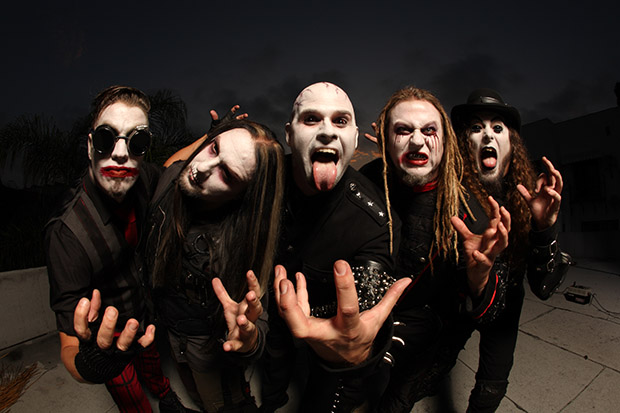 Long Beach, CA-based alternative rock/metal fivesome, Sunflower Dead, recently released their blasting new song “Dance With Death” and are now slowly getting ready to drop their new full-length effort, It’s Time To Get Weird. Lead by the super-charismatic lead singer, Michael Del Pizzo, the group completed tracking and mixing of their sophomore full-length with the assistance of producers Dave Fortman (Evanescence, Slipknot, Godsmack, Mudvayne) and Mikey Doling (Snot, Gemini Syndrome). We thought we’d check in with Del Pizzo and gab about gear… namely a key piece of his gear.

What one piece of gear do you use to obtain your signature sound?
Del Pizzo: My Roland V Accordion FR-3X. It is a midi-accordion and I was able to create my own sounds with it for Sunflower Dead.

What about it makes it so important to you?
Del Pizzo: Really, who else uses this instrument in the rock/metal world? It is something completely unique to me and SFD’s sound. As we all know, the accordion is not very sexy at all. In my case though, it has always felt right when I pick it up. The instrument is an extension of my body. I call it my “Inhuman Lung.”

How was this gear used during the recording of your latest album?
Del Pizzo: We actually start the record with just the accordion, like our live show. It sets the mood and quickly pulls you into our world. When you hear that sound, you know it’s Sunflower Dead. I also purposely feature it in the lead single “Dance With Death” so the instrument gets its due. 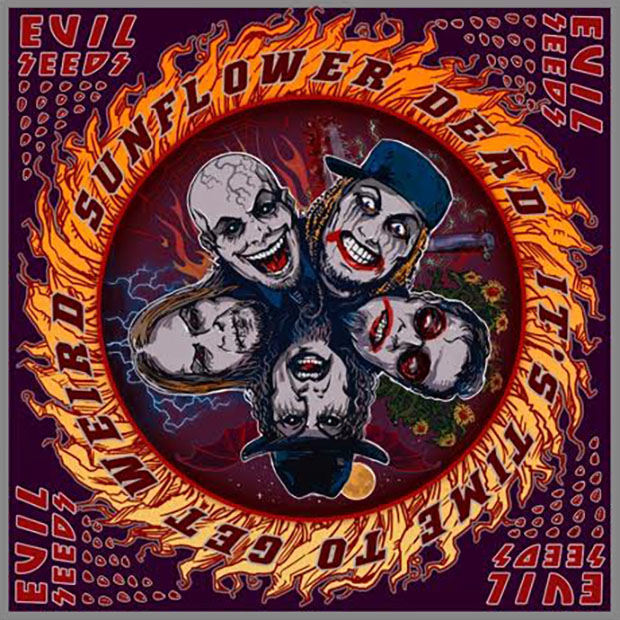 How do you recreate your album (guitar/vocal/bass) tones in your live set?
Del Pizzo: Being that this is a midi-instrument, all the unique tones I created are set within the accordion itself. I just get to plug into my wireless and go.

What are the major pros and cons?
Del Pizzo: It’s heavy! haha Really though, the pro and con is that no one else does it. When I walk on stage with it, people are taken aback or laugh. Then I play it and everyone shuts up and the camera phones come out.

Do you have a backup for this gear, if so, what?
Del Pizzo: At this point I do not, but I will have a few in the near future. 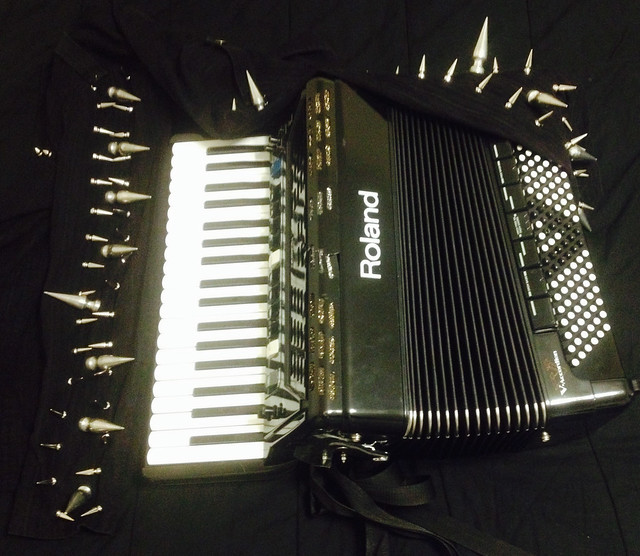 How long have you had it, how do you use it, would you ever change it?
Del Pizzo: I have had this particular model of the accordion for about 5 years. I originally started with an acoustic accordion but they are way too fragile for our stage show, and too problematic to mic up. I think the Roland V Accordion is incredible and as long as they make them, I plan on sticking with it.

Give us your best “gear goes wrong” story.
Del Pizzo: The only problem I seem to have is the wireless I use on the accordion cutting out. This has happened with a few different wireless systems. I always use it to my advantage and make it part of the show.

Any final thoughts or comments on the gear?
Del Pizzo: I absolutely love my accordion and rocking it live. Roland needs to endorse me so I can convert an entire new generation of weirdos onto the instrument. Truth being, it has the same capabilities for learning the foundation of music as the piano and you might as well know the foundations of music if you are going to play… MUSIC. IT’S TIME TO GET WEIRD!

Check out the song “Dance With Death” here.