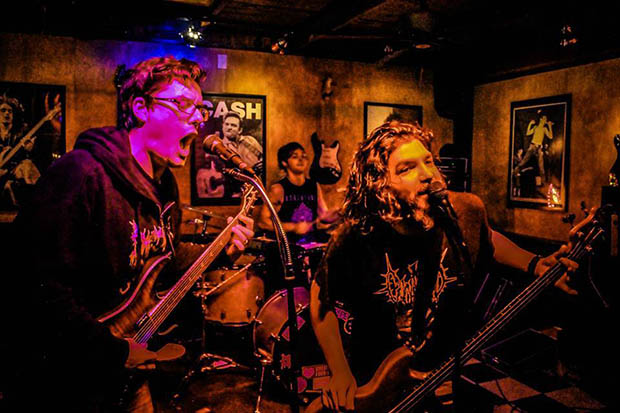 The Skinny: Austin, Texas is where you’re likely to find Death Motif, a dirty black and roll metal trio, lurking in a dimly-lit alleyway as they load their gear into a small, foul-smelling venue before cranking it up and annihilating the crowd. Donner Maldonado (bass, vocals), Andy Bonney (guitar, vocals), and Nikos Riekstins (drums) are savage with their music, but that’s what we want! Check out the world premiere of their dingy new EP, The Water.

Death Motif formed near the end of 2012 and have been steadily climbing the ranks of the local Austin scene having already played (or booked) shows with acts such as Primitive Man, Today Is The Day, and Abigail Williams. The Water is their second EP and was recorded at Studio 57 with Paul White of The Fathom Tree manning the mix, and Donner Maldonado engineering it. Things look bright for this band, despite the seedy depths of their frightening sounds. 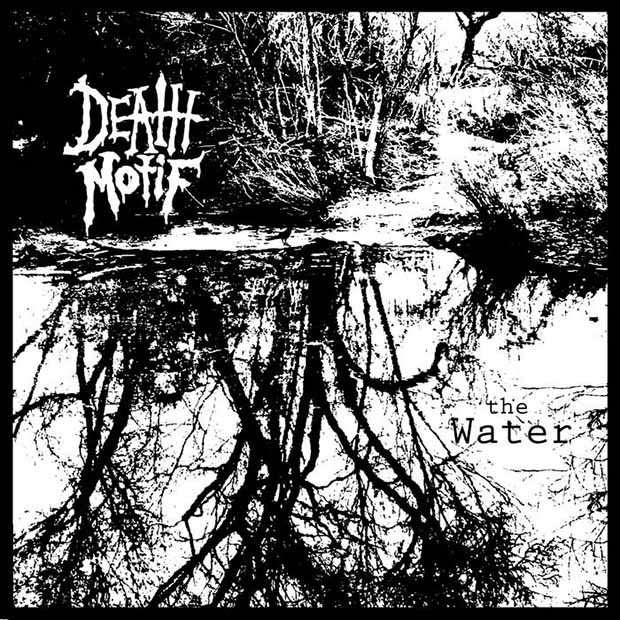