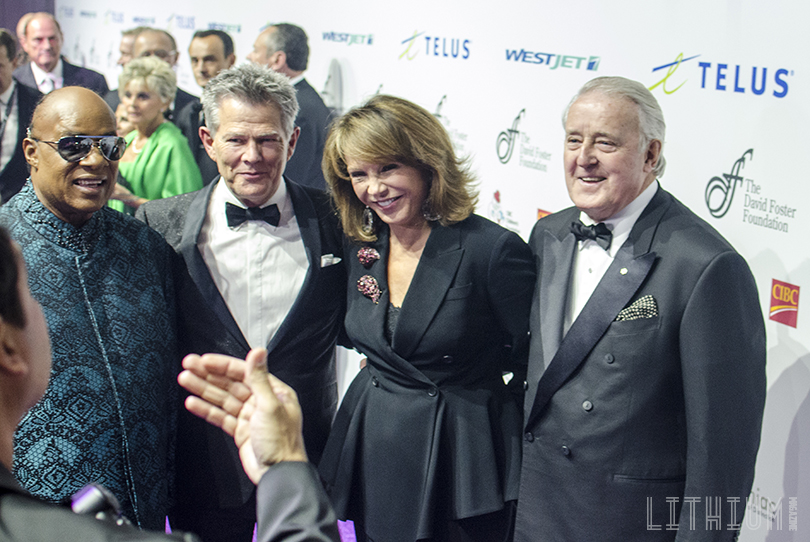 This past Saturday I had the privilege of covering the red (or in this case purple) carpet at The 2015 David Foster Foundation Miracle Gala & Concert presented by TELUS in partnership with WestJet at the Mattamy Athletic Centre at the Gardens here in Toronto.

The event which raises funds for the 30 x 30 campaign, where they aim to raise $30M by their 30th anniversary in 2017, saw David Foster and his celebrity friends share their talents and support for children and their families facing life-saving organ transplants.

The foundation was launched in 1986 and has worked to assist close to a 1000 families across Canada with non-medical expenses such as mortgages, rent, car payments, airline tickets, groceries, parking, and gas. The Foundation also promotes organ donor awareness and registration in both Canada and the United States.

The event’s performers included David Foster himself, musical legend Stevie Wonder, Peter Cetera, Kiesza, Michael Bolton and Sinbad. There were also surprise guest appearances by former Canadian Prime Minister Brian Mulroney, his wife and son Ben, as well as Dragon Den‘s Jim Treliving and his wife, The CEO of the David Foster Foundation Michael Ravenhill and his wife Cassandra, actor Howard Dell and soccer star Simon Keith, whom I spoke with briefly regarding the importance of an event like this for organ donor awareness. Keith said the best thing you can do is “Fill in a donor card, and encourage others to do the same,” which I also encourage everyone to do, if you’re able.

You can find out more about The David Foster Foundation here: www.davidfosterfoundation.com

Here are some images from the Purple Carpet Event.  Click on photos to enlarge.