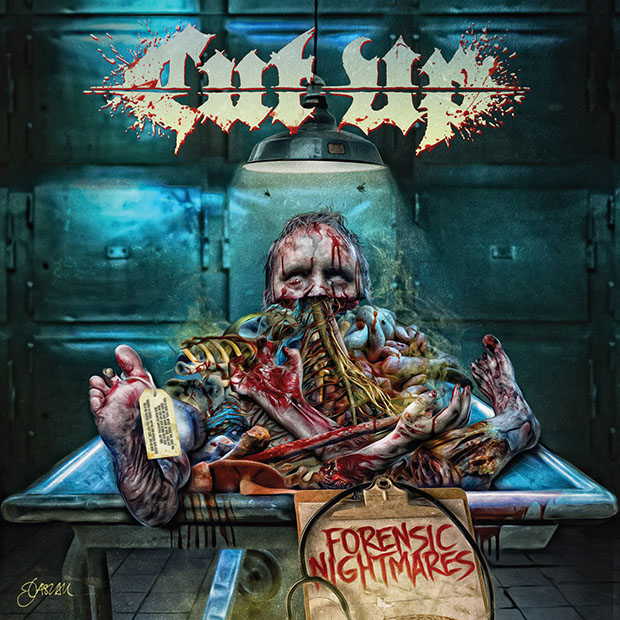 When Vomitory disbanded in 2013, Tobias Gustafsson and Erik Rundqvist quickly set about forming a new band and, once Anders Bertilsson (ex-Coldworker) and Andreas Bjornson (Fetus Stench) were recruited, Cut Up’s lineup was complete and they set about creating a debut album.

Forensic Nightmares is the resulting work and one thing is clear from the outset of opener “Enter Hell”, that the brutality from each members’ previous bands remains distinctly intact. That brutality is a constant throughout and, if anything, only intensifies eventually culminating on closer “Dead And Impaled.” But as brutal as all the songs are they are as equally forgettable; not bad, just lacking that extra spark to take them to the next level.

While not overly ambitions or genre-defining, Forensic Nightmares is an enjoyable listen nonetheless. In truth there is nothing particularly wrong with the album, it is what it is and that’s a good, but unoriginal death metal album that won’t leave many lasting impressions – an album for the here and now only.

Check out the track “A Butchery Improved” here.