In the two years since the release of their stellar debut The Bones of What You Believe, Scottish electro-pop trio CHVRCHES have gone from virtual unknowns to playing major festivals around the world.

Their sophomore album finds the trio fleshing out their sound and despite working in the same home studio they recorded their previous outing in, they still manage to create an album that expands on the electronic music of their previous outing with singer Lauren Mayberry‘s passionate vocals remaining front and center.

The album’s lead-off, ‘Never Ending Circles’, is the first indication that CHVRCHES has taken their music in new and exciting directions. With its dramatic opening, it’s an arena-friendly anthemic track.

The first single, ‘Leave a Trace’ finds the band harkening back to the sound of their first album. It’s a slice of pop perfection that CHVRCHES wisely chose to release as the first single. It’s a deeply personal song that finds Mayberry trying to move on from a toxic relationship. But, the male vocals towards the end do somewhat hinder what’s an otherwise strong track.

The fact that Mayberry has been the subject of online misogyny in recent months makes her declarations on Every Open Eye‘s 11 tracks much more powerful.

The album also spends a lot of time in the 80’s. ‘Clearest Blue’ sounds similar to Depeche Mode‘s ‘Just Can’t Get Enough’ and ‘Bury It’ also sounds a lot like the synth-pop from the “Me Decade” as well.

Though Mayberry is front and center throughout the album, bandmate Martin Doherty steps up to the mic on ‘High Enough to Carry You Over’. It’s one of the more subdued tracks on the album with a minimal sound. They also use a “less is more” approach on ‘Down Side of Me’, a track that offers a breather.

CHVRCHES deliver on the promise of their debut album with a strong sophomore effort that finds them embracing a full sound that doesn’t lose sight of what worked for them the first time out. 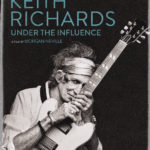